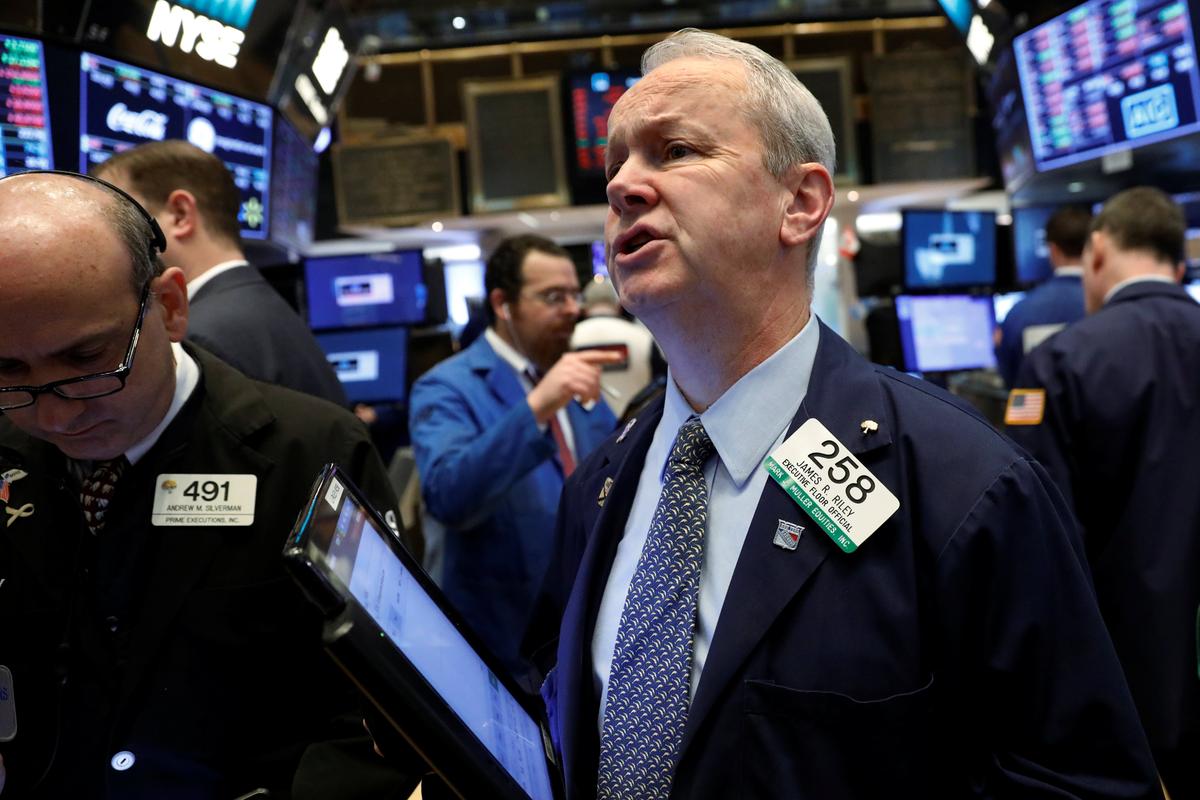 (Reuters) – Wall Street climbed on Tuesday for a third straight session, buoyed by Amazon.com and Apple, while investors focused on inflation data on Wednesday that could upset the market’s fragile recovery – or clear the way for additional gains.

Amazon.com (AMZN.O) rose 2 percent while Apple (AAPL.O) added 1 percent, both helping the S&P 500 shake off a negative open to the session and climb 0.26 percent by the close.

Investors said data on U.S. consumer prices and retail sales due out on Wednesday will be key to where stocks move in the short term. Inflation and interest-rate fears sparked a stock market rout after U.S. jobs data was released on Feb. 2.

Rob Haworth, a senior investment strategist at U.S. Bank Wealth Management, said the market’s recovery from a negative start earlier in the session was a good sign, but that it remained too soon to predict the market’s return to stability.

“We think we’re going to be volatile for a few more trading days at least, as the market sorts out what’s really been going on,” Haworth said.

Among the biggest movers was sportswear retailer Under Armour (UAA.N), up more than 17.36 percent on strong quarterly sales, and AmerisourceBergen (ABC.N), up 9.30 percent after the Wall Street Journal reported Walgreens (WBA.O) was seeking to buy out the drug distributor.

Following a slump into correction territory last week, the S&P 500 has recovered 3.2 percent in the past three session. It remains down 7.3 percent from a record high on Jan 26 and is currently priced at levels first reached in early December.

The CBOE Volatility Index .VIX, a widely-followed measure of short-term stock volatility and seen as a contributing factor itself to the sell-off, was last at 25.3 points, half the 50-point mark it touched last week.

On a day of heavy trading in healthcare companies, Henry Schein (HSIC.O) and Patterson Companies (PDCO.O) fell 6.64 percent and 5.19 percent, respectively, after news of a U.S. Federal Trade Commission complaint against the dental supply firms.

Investors in those and other healthcare distributors are weighing the possible ramifications of the AmerisourceBergen deal and a report of Amazon’s (AMZN.O) push into the sector.

Of the 70 percent of the S&P 500 companies that have reported earnings, nearly 78 percent of them topped profit expectations, according to Thomson Reuters data. That is above the 72 percent average beat-rate in the past four quarters.

Advancing issues outnumbered declining ones on the NYSE by a 1.31-to-1 ratio; on Nasdaq, a 1.48-to-1 ratio favored advancers.

About 6.4 billion shares changed hands in U.S. exchanges on Friday, below the 8.4 billion daily average over the last 20 sessions.

‘Reclamation is everywhere, we are stranded’: Ancol expansion a divisive issue in Jakarta
Transgender minister lauds ‘collective intelligence’ in Taiwan COVID-19 battle
Commentary: How do we decide which buildings are worth conserving?
India’s total COVID-19 infections cross 9 million
All travellers to Singapore from Malaysia, Japan to serve COVID-19 stay-home notice at dedicated facilities