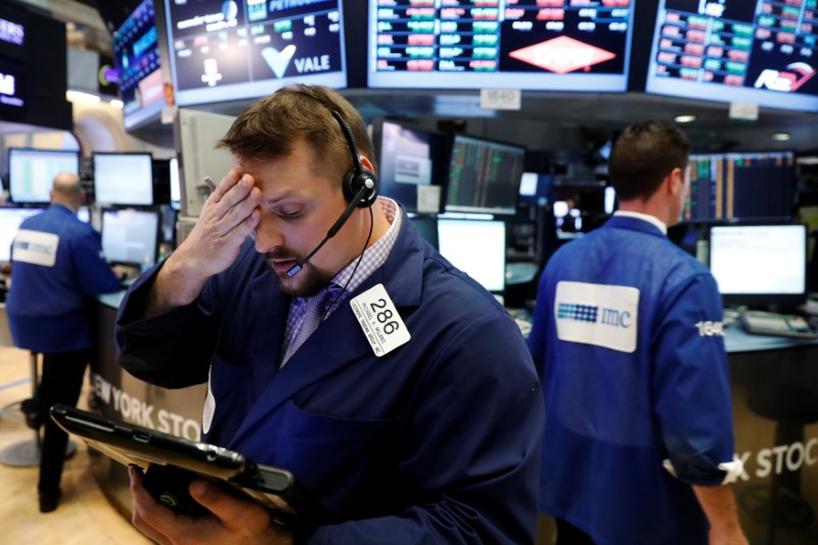 The technology index .SPLRCT fell 1 percent due to a drop in the shares of Microsoft (MSFT.O), Facebook (FB.O) and Alphabet (GOOGL.O).

Since the beginning of the year, the tech index has jumped about 18 percent, making it the biggest force behind the S&P’s record-setting rally.

However, the sector has come under pressure in the past few days over concerns about lofty valuations.

“Tech has gotten a bit ahead of itself. We’ve seen the sector bounce back but I don’t think you see the confidence that was there in tech prior to a couple of weeks ago,” said Brad McMillan, chief investment officer for Commonwealth Financial.

At a discussion in London, Yellen said it would be going too far to say there won’t be another financial crisis but the economy was much safer now.

“I think at this point the Fed is more or less committed to raising rates as they’re more worried about being behind the curve and reloading the gun in case of a recession,” added McMillan.

Earlier in the day, data showed consumer confidence for June rose more-than-expected, which could bolster the Fed’s case for another rate hike this year.

However, a steep fall in oil prices and a flattening yield curve have added to concerns over inflation, which remains below the Fed’s 2 percent target.

The financial index .SPSY was the top gainer with a 1.1 percent gains, with Bank of America (BAC.N) up 2.9 percent and JPMorgan (JPM.N) rising 1.6 percent.

Sprint (S.N) rose 4.9 percent after the fourth-largest U.S. wireless service provider was said to be in talks with Charter Communications (CHTR.O) and Comcast (CMCSA.O) about a wireless partnership. Comcast and Charter were down about 0.70 percent.