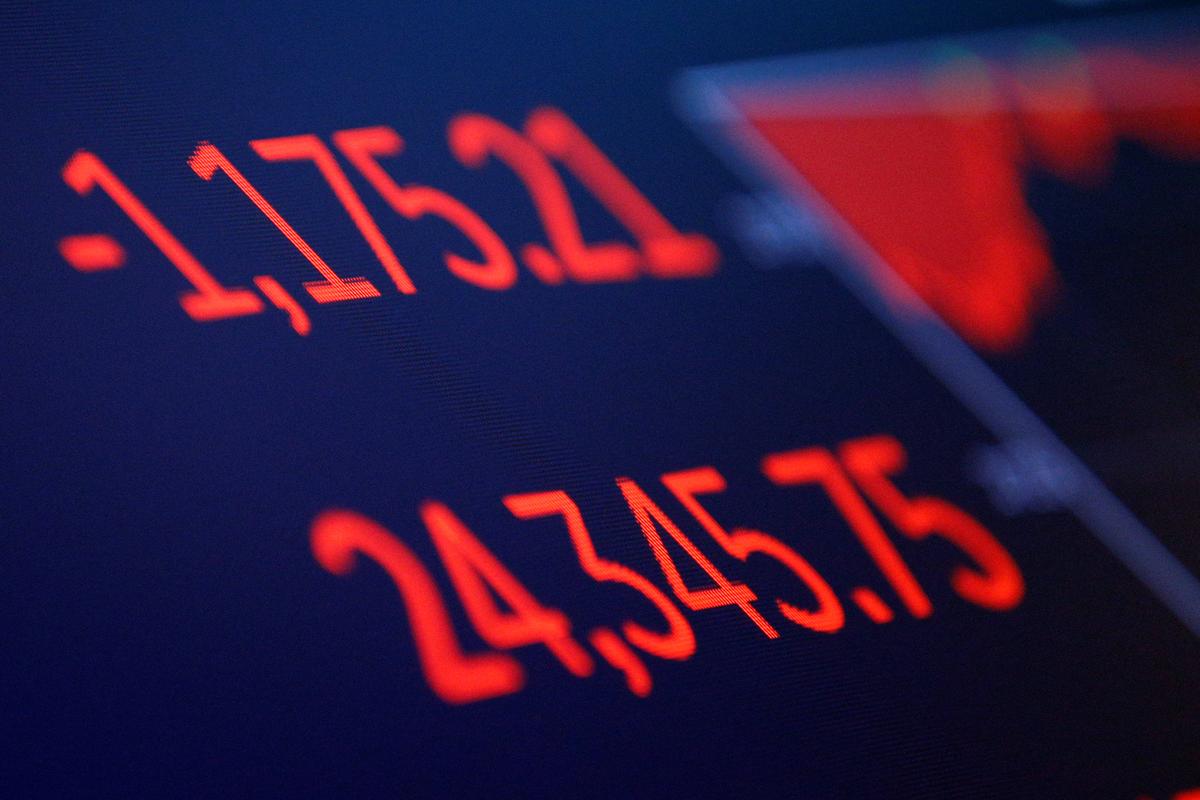 The benchmark S&P 500 and the Dow suffered their biggest percentage drops since August 2011 as a long-awaited pullback from record highs deepened.

The financial .SPSY, healthcare .SPXHC and industrial .SPLRCI sectors fell the most, but declines were spread broadly as all major 11 S&P groups dropped at least 1.7 percent. All 30 of the blue-chip Dow industrial components finished negative.

Many investors have been bracing for a pullback for months, as the stock market has minted record high after record high with investors encouraged by solid economic data and corporate earnings prospects, the latter bolstered by recently passed U.S. corporate tax cuts.

Friday’s January jobs report sparked worries over inflation and a surge in bond yields, as well as concerns that the Federal Reserve will raise rates at a faster pace than expected.

“The market has had an incredible run,” said Michael O’Rourke, chief market strategist At JonesTrading In Greenwich, Connecticut.

“We have an environment where interest rates are rising. We have a stronger economy so the Fed should continue to tighten … You’re seeing real changes occur and different investments are adjusting to that,” O‘Rourke said.

Even with the sharp declines, stocks finished above their lows touched during the session. At one point, the Dow fell 6.3 percent or 1,597 points, the biggest one-day points loss ever, as it breached both the 25,000 and 24,000 levels during trading.

The stock market has climbed to record peaks since President Donald Trump’s election and remains up 23.8 percent since his victory. Trump has frequently touted the rise of the stock market during his presidency.

As the stock market fell on Monday, the White House said the fundamentals of the U.S. economy are strong.

Until recently, gains for stocks have come as the market has been relatively subdued, and any declines were met with buyers looking for bargains.

“People who have been buying the dip are now going to be selling the rip,“ said Dennis Dick, a proprietary trader at Bright Trading LLC in Las Vegas. ”The psychology of the market changed today. It’ll take a while to get that psychology back.”

About 11.5 billion shares changed hands in U.S. exchanges, well above the 7.6 billion daily average over the last 20 sessions.

Declining issues outnumbered advancing ones on the NYSE by a 8.64-to-1 ratio; on Nasdaq, a 6.92-to-1 ratio favored decliners.