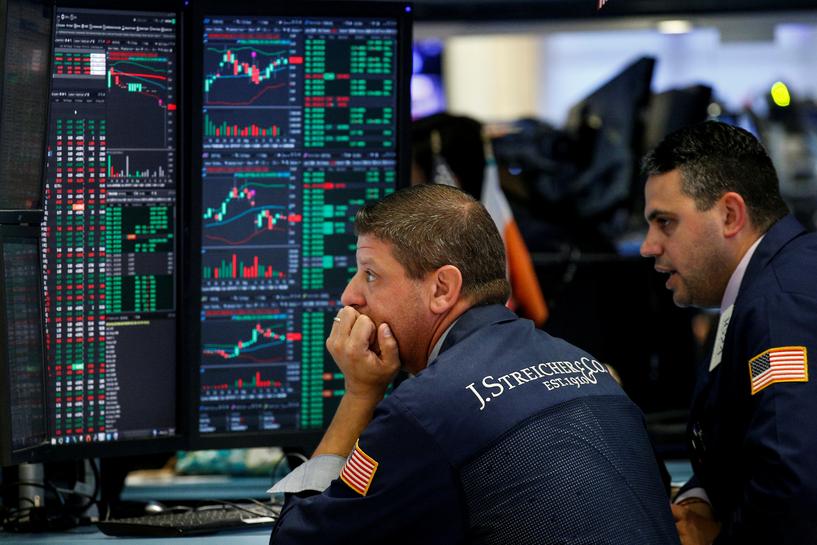 NEW YORK (Reuters) – U.S. stocks rose slightly on Friday though they were off session highs after Federal Reserve Chair Janet Yellen stayed silent on monetary policy in a much-anticipated speech, and a key White House official said tax reforms were on the horizon.

Yellen’s speech at the annual meeting of central bankers in Jackson Hole, Wyoming focused on financial stability while giving no guidance on monetary policy, leaving the prospect of more interest rate hikes up in the air.

She said the reforms put in place after the 2007-2009 financial crisis have strengthened the financial system, without impeding economic growth.

“Rather than use this speech today, as I would have hoped, to lay out her thinking on the plans for the Fed to begin to shrink the balance sheet or discussing inflation, she is sort of putting a stake in the ground here in terms of this regulation issue, which is the one sort of sticking point between her and Trump right now,” said Phil Orlando, chief equity market strategist, at Federated Investors in New York.

European Central Bank head Mario Draghi is scheduled to speak in the afternoon and investors will look for any comments on the bank’s tapering plans.

However, volumes were low as they tend to be in the summer, making market moves more pronounced.

U.S. stocks got off to a strong start after President Donald Trump’s chief economic adviser Gary Cohn said the White House would turn its attention to the long-awaited tax reform agenda next week.

Treasury Secretary Steven Mnuchin said the U.S. debt ceiling, a hurdle to be crossed before any tax reform can take place, will be raised in September and that after talks with congressional leaders from both parties everyone is “on the same page.”

Broadcom’s (AVGO.O) shares were down 3.5 percent after its quarterly earnings report weighed the most on the S&P 500 technology index .SPLRCT as well as the Nasdaq and S&P.

Shares of Autodesk (ADSK.O) were up 5 percent after the software maker raised its forecast.

Advancing issues outnumbered declining ones on the NYSE by a 2.47-to-1 ratio; on Nasdaq, a 1.59-to-1 ratio favored advancers.

Additional reporting by Chuck Mikolajczak in New York and Sruthi Shankar and Tanya Agrawal in Bengaluru; Editing by James Dalgleish