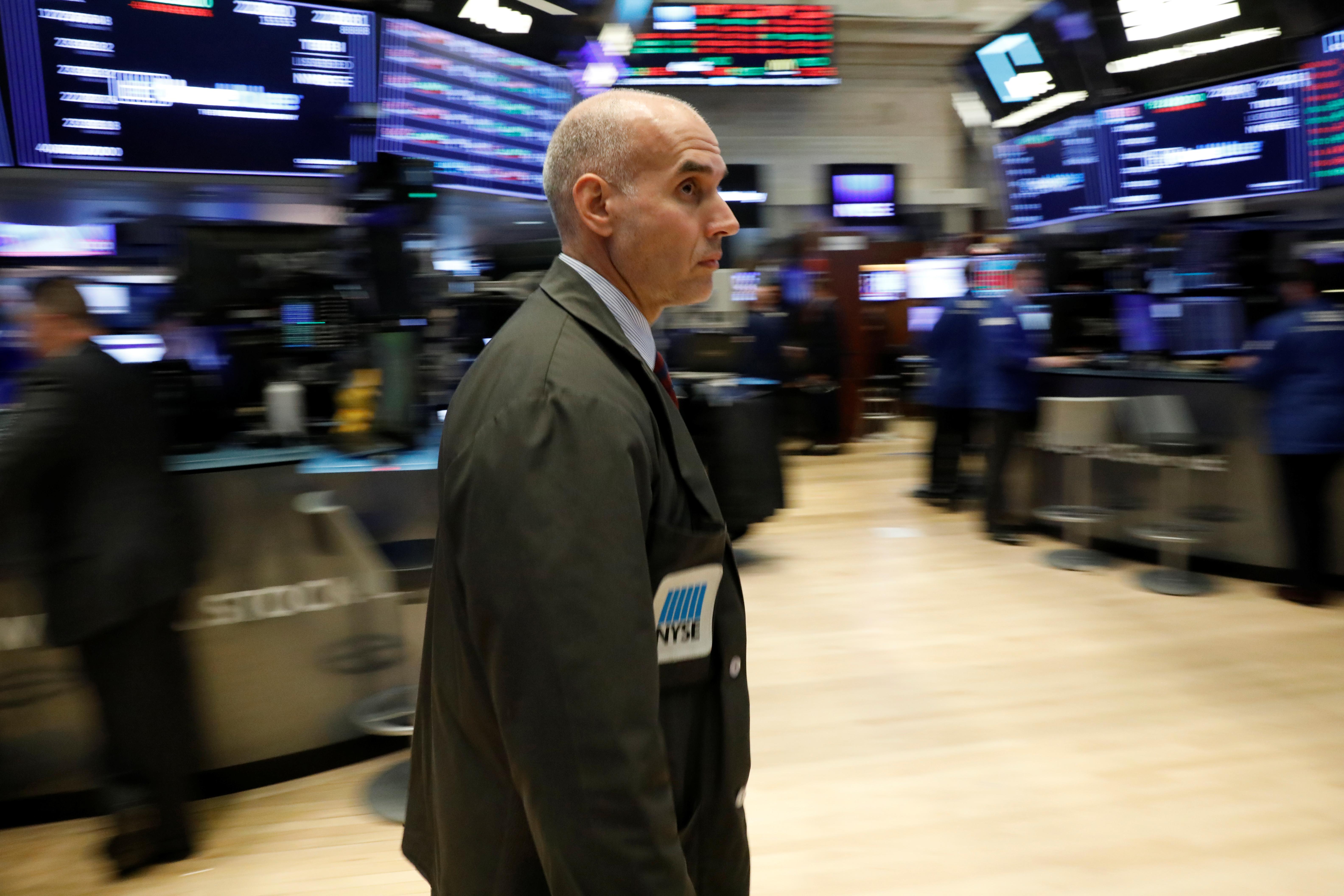 LONDON (Reuters) – European and U.S. futures markets attempted a rebound on Thursday after Wall Street’s worst day since 2011 and heavy losses in Asia gave global stocks another boot towards their worst month since the financial crisis.

Germany’s DAX .GDAX hit a near two-year low and London’s FTSE .FTSE and Paris’s CAC 40 .FCHI both brushed 1 1/2-year lows early on, but a semblance of stability was emerging.

The pan-European STOXX 600 was just about in positive territory after a 3.7 percent overnight drubbing for Tokyo’s Nikkei and U.S. futures were up 0.7-1.3 percent as Wall Street looked to snap a six-day run of falls.

“Significant monetary policy stimulus is still needed,” he said. But there was also an important summary. “Is this (turbulence) enough to change our baseline scenario? No”, adding too that he expected an agreement between Italy and Brussels on Rome’s disputed budget plans.

Almost 60 percent of the 2,767 stocks in MSCI’s global equity index .MIWD00000PUS are now in bear-market territory — down 20 percent or more from their most recent peaks.

There has also been growing concerns about overspending by Italy’s new populist coalition.

More woes in Asia overnight had seen the global wipeout on the MSCI World since January near $7 trillion. Pan Asia-Pacific shares .MIAPJ0000PUS skidded more than 2 percent while Japan’s Nikkei .N225 tumbled as much as 4 percent to a six-month low.

The one relief was that Chinese shares managed to close in the black after dropping as much as 2.5 percent at one point. .SSEC Fresh government support measures had failed to ease worries about high leverage and the tariff war with the United States.

“If you’re a company and you’re in charge of a capex budget, there is so much uncertainty about the next few years in terms of a trade war, in terms of Brexit,” said Jim McCafferty, head of equity research, Asia ex-Japan at Nomura.

Europe’s stabilization was aided by results from Swiss bank UBS and engineering giant ABB (ABBN.S) which helped take the edge off jitters caused this week by a gloomy tariffs warning from the U.S. behemoth Caterpillar (CAT.N).

Wall Street futures were also up between 1 percent for the S&P 500 and Dow Jones and as much as 1.7 percent for the Nasdaq. Wednesday’s after-hours results from Microsoft and strong advertising revenues from Twitter. (TWTR.N) brought some timely cheer to tech stocks. [.N]

Google-parent Alphabet (GOOGL.O) and Amazon (AMZN.O) were both up more than 2.2 percent ahead of their results later too, while wider economy watchers were reassured as the number of Americans receiving benefits fell to a more than a 45-year low.

The ECB’s “steady as she goes” message came after weak euro zone economic data this week added to angst over world growth, and a surprising slump in U.S. home sales, which suggested rising mortgage rates were sapping demand for housing.

It was not just the ECB in action either. Turkey, which has stabilized in recent weeks after having been at the center of emerging market troubles, halted its recent rate hikes in a move that, for once, did not unsettle markets.

In fact the lira gained. The bank has almost doubled its rates already this year to 24 percent after a 40 percent slump in the Turkish currency TRY= pushed Ankara to the brink of a full-blown currency crisis.

In the main foreign exchange markets, the euro recovered to $1.1410 EUR=, having breached a long-standing bulwark of $1.1430.

Against a basket of currencies, the dollar eased from near a nine-week peak to 96.339 .DXY. For the first time in days it was barely budged against the safety-first Japanese yen at 112.28 yen JPY=.

Sterling also inched off a seven-week trough to $1.2887 GBP=, having dropped 0.8 percent overnight, and oil prices began to tick up again, having been dragged down in recent sessions by the concerns over global growth.

Additional reporting by Christopher Johnson in London and Swati Patel in Sydney; Editing by Alison Williams