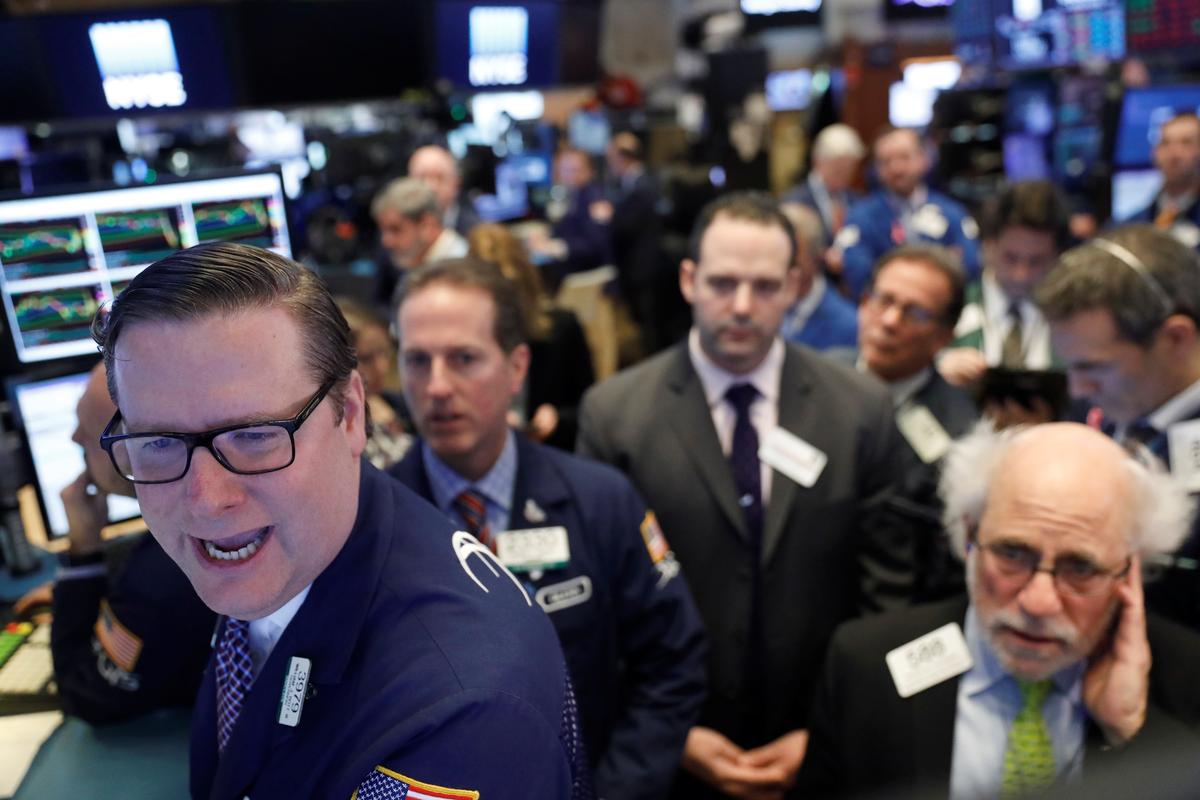 (Reuters) – U.S. stocks looked set to open lower on Monday as rising bond yields continued to fuel the selloff in equities and hints of inflation pickup triggered concerns that the Federal Reserve might have to raise interest rates more quickly.

Wall Street’s three major indexes logged their biggest weekly losses in two years on Friday. The S&P 500 and the Dow saw their worst weeks since early January 2016 while the Nasdaq recorded its worst week since early Feb 2016.

It was also the biggest daily point fall in the Dow since December 2008 during the financial crisis.

Friday’s U.S. payrolls report showed wages growing at their fastest pace in more than eight years, fueling concerns that both inflation and interest rates would rise faster than expected.

Currently, traders are pricing in three rate hikes for 2018, but if the economy and corporate earnings continue to improve, the chances of a fourth increase becomes more likely.

Jerome Powell will be sworn in as the new Federal Reserve Chair on Monday, taking over from Janet Yellen.

The CBOE Volatility Index .VIX, the most widely followed barometer of expected near-term volatility for the S&P 500 Index, was trading at 18.68, its highest since November 2016.

“The selloff is continuing this morning and futures point to a lower opening as investors track rising yields,” Peter Cardillo, chief market economist at First Standard Financial in New York, wrote in a client note.

“While we don’t think Friday’s selloff is the beginning of a severe correction, the pressure on stocks will continue with high volatility making the mood in the marketplace uncomfortable.”

Analysts now expect fourth-quarter earnings growth of 13.6 percent for the S&P 500, up from 12 percent on January 1.

Half of the index’s companies have reported so far and 78 percent of them have beaten Street expectations, according to Thomson Reuters data.

Qualcomm (QCOM.O) fell 2.3 percent after Broadcom (AVGO.O) raised its offer to buy the chipmaker. Broadcom was up 0.8 percent.

Bristol-Myers Squibb (BMY.N) was up 3.2 percent after the drugmaker said a late-stage trial for a lung cancer drug met its main goal.