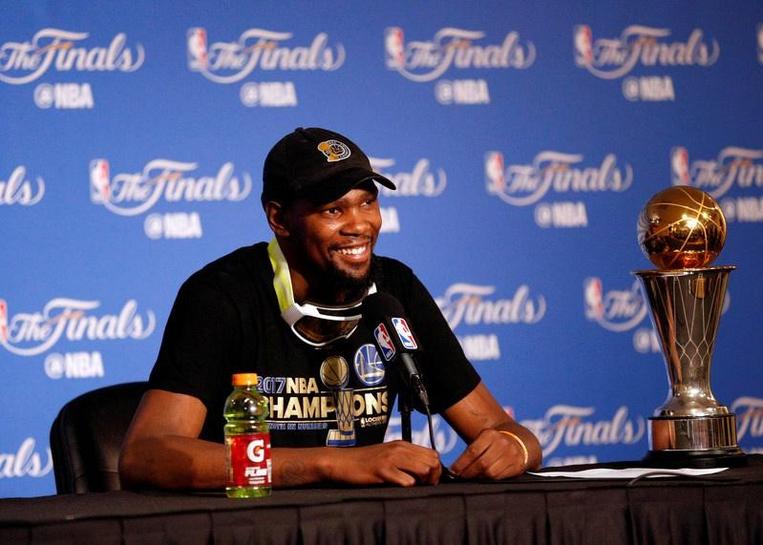 (Reuters) – The NBA is extending a push into India with a visit by Kevin Durant of the Golden State Warriors to support the growth of basketball in the country.

Durant, named Most Valuable Player in this year’s NBA Finals, will be in New Delhi next Thursday to open two new basketball courts, funded by his charity foundation, and coach the country’s top prospects at the NBA Academy India.

After decades of growing the sport in China, the NBA’s second biggest market after the United States, the league has turned its attention to India in the expanding search for talent and fans.

“Having one of the very best players in our league interact with the basketball-playing youth of India will serve as great inspiration to the next generation of players here,” said NBA India managing director Yannick Colaco in a statement on Thursday.

Durant won his first NBA championship with the Warriors in June, averaging 35.2 points a game to help his side to a 4-1 series win over the Cleveland Cavaliers and cement his status as one of the league’s leading players.

The NBA has established a major international presence with games and programming in 215 countries and territories, in 49 languages. Merchandise for the league is sold on six continents.

NBA rosters at the start of the 2016-17 season featured a record 113 international players from 41 countries and territories.

Reporting by Steve Keating in Toronto. Editing by Christian Radnedge