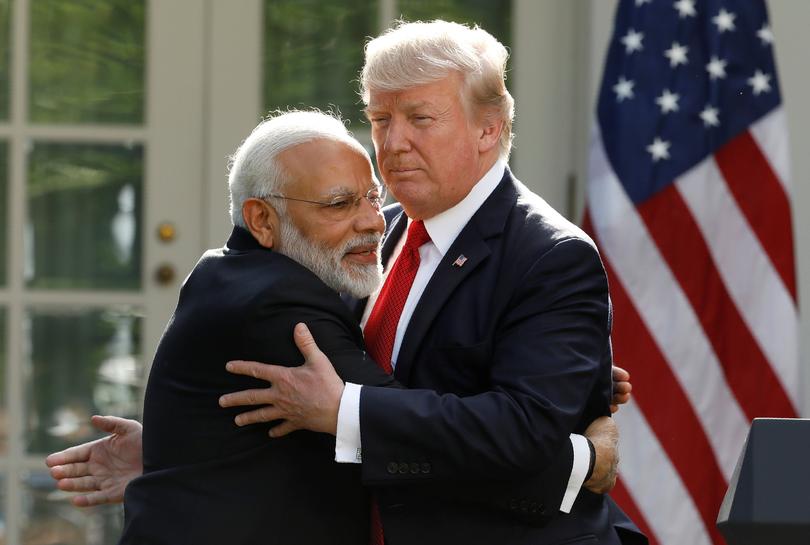 NEW DELHI The U.S. administration has told India that Westinghouse Electric Co will emerge from bankruptcy and be sold by the year end, industry and diplomatic sources have said, raising the prospect of a Washington-supported sale or bailout for the nuclear firm.

India, like other nuclear nations, has been closely watching the fate of Japanese-owned Westinghouse, which filed for Chapter 11 in March after an estimated $13 billion of cost overruns at two U.S. projects, casting a shadow over the nuclear industry.

There has been debate over potential U.S. support for the reactor maker since owner Toshiba (6502.T), the laptop-to-chips conglomerate, announced the blow-out at Westinghouse last year.

Some form of U.S. backing or involvement, industry experts say, could avoid a Chinese or Russian buyer unpalatable to Washington, which would prefer to keep Westinghouse’s advanced nuclear technology out of the hands of its foreign rivals.

“We were told that, by the end of the year, Westinghouse would really rework its situation and really be back in business,” India’s foreign secretary, Subrahmanyam Jaishankar, told a briefing, referring to an exit from bankruptcy.

Civil nuclear cooperation has been a cornerstone of U.S.-India relations, and the proposed construction of six Westinghouse AP1000 reactors in India’s Andhra Pradesh, announced in 2016, crowned more than a decade of diplomatic efforts. The achievement was left in limbo by Westinghouse’s troubles.

The project, however, found specific mention in the Indian government’s joint communique from Prime Minister Narendra Modi’s first meeting with President Donald Trump in Washington a week ago. (bit.ly/2tsyEdb)

The two leaders “looked forward to conclusion of contractual agreements between Westinghouse Electric Company and the Nuclear Power Corporation of India for six nuclear reactors in India and also related project financing,” the communique said.

Sources familiar with the matter said the statement was backed by U.S. guidance that Westinghouse would be sold to a U.S. investor after emerging from Chapter 11 proceedings, in turn paving the way to close the reactor deal in 2018.

Elaborating, one industry source with direct knowledge of Westinghouse’s talks with India said: “Both sides are engaged and once Westinghouse comes out of bankruptcy we would look to conclude the contract.” The source, who was not authorized to speak to media, requested anonymity.

A diplomat involved in preparations for the Modi-Trump meeting corroborated this timeline, saying: “The bankruptcy is on track and should wrap up by year end.”

Westinghouse and India’s Department of Atomic Energy did not respond to emailed requests for comment. The state-owned Nuclear Power Corporation of India could not be reached for comment.

Toshiba said it wasn’t in a position to predict when Westinghouse would emerge from Chapter 11. Because the bankruptcy court has not yet approved a restructuring plan, no decision has been taken on searching for a buyer, it said.

But former Westinghouse executives have told Reuters that they have been approached by private equity funds to help them assess a possible deal to buy the company.

Paving the way for a deal, Toshiba has agreed on a liability cap on one of the U.S. projects, the unfinished Vogtle power plant in Georgia that is being led by Southern Co (SO.N).

If a similar agreement can be reached for the VC Summer plant in South Carolina, which is co-owned by SCANA Corp (SCG.N), that would clear the path to an exit from Chapter 11, say people familiar with the matter.

“The administration is hoping that the reconfigured company will be back in operation later this year – with a U.S. buyer – and the deal with India can be closed next year,” said Washington-based analyst Ashley Tellis, an authority on nuclear policy and former Republican official.

Tellis, a senior fellow at the Carnegie Endowment for International Peace, was instrumental in negotiating a civil nuclear accord with India during the George W. Bush administration although, more than a decade on, it has yet to yield actual nuclear deals.

Trump’s pick for U.S. ambassador to India, Kenneth Juster, helped lay the ground for the talks on the civil nuclear accord. He would play a “critical role” in bringing the project to completion, added Tellis.

Ahead of Modi’s visit, a U.S. official had said the United States was “looking forward to U.S.-built nuclear reactors contributing to India’s energy security”.

“We very much support continued negotiations between Westinghouse and its Indian partners, recognizing that deals on this scale can take time,” the official said.

Westinghouse has said it will concentrate on reactors only – and not construction – meaning it would require partners for its Indian and other projects.

In India, its favored partner would be Larsen & Toubro (LART.NS), industry sources say.

“We are capable of doing this, but of course the technology transfer has to happen,” said S.N. Roy, head of L&T’s nuclear business, who confirmed L&T had been approached by Westinghouse about being the general contractor.