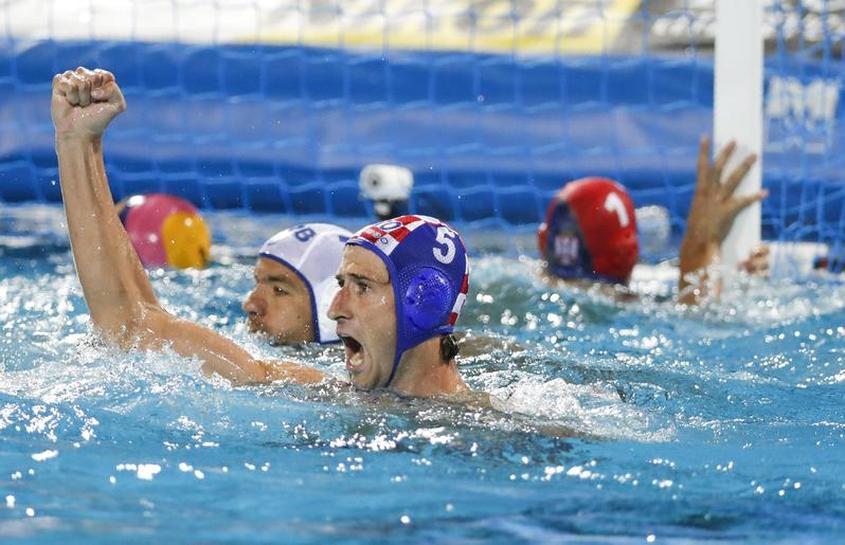 BUDAPEST (Reuters) – The Croatian men’s water polo team ended a seven-year losing streak against defending champions Serbia on Thursday to advance to the final at the world championships, where they will face hosts Hungary.

Croatia won 12-11 in the high scoring game after the two Balkan arch rivals had traded the lead in a grueling yet spectacular encounter.

Serbia came into the tournament as defending World, Olympic and European champions with the first two of those titles coming after finals against Croatia.

Yet three big saves by goalkeeper Marko Bijac allowed the Croats to end a losing streak that stretched back to 2010.

“We weren’t able cope with the atmosphere tonight and we didn’t get that right,” Serbia’s Milos Cuk said. “What can you do? That’s sport and Croatia were better tonight. We’ll fight for sure for the bronze.”

The Hungarians enjoyed a measure of luck as four powerful Greek shots hit the goal post in the third quarter.

Commentary: China is in no position to take Taiwan by force
Rooster kills owner with cockfight blade in India
Hong Kong University Axes Support For Student Union Amid Crackdown
Commentary: Children from low-income families and the power of ‘significant adults’
Singapore could expand progressive wage model to retail sector