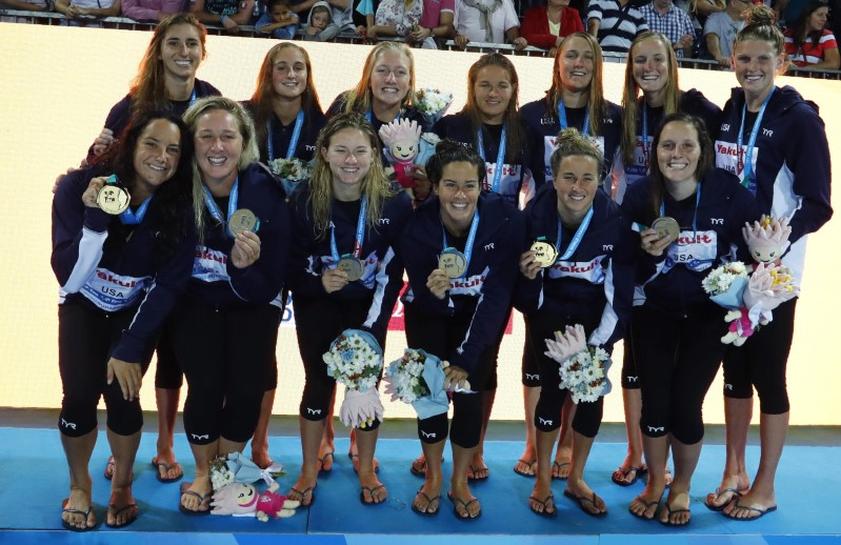 BUDAPEST (Reuters) – The United States proved to be a class apart from their rivals as they thrashed Spain 13-6 to retain the women’s world water polo title on Friday.

With the final staged in Budapest’s leafy Margaret Island, the Americans won the title for the fifth time in eight editions of the tournament.

Their success was also in stark contrast to the struggles of the American men’s team, who could only finish 13th.

“We still have a ways to go but women are celebrated as being athletes, empowered and given opportunities,” women’s head coach Adam Krikorian told Reuters.

“It allowed the development and the growth of women’s water polo (in the U.S.).”

The lack of money in the sport was also blamed as one of the reasons why the sport struggles to attract male talent.

“Many athletes in our country stay away from aquatic sports because there’s not a lot of money or fame,” tournament MVP Kiley Neushul said. “Maybe we somehow need to make it more popular.”

On Friday, the U.S. took a 5-3 halftime lead and never looked back.

“There were a lot of hugs,” Krikorian said. “I’m just so proud of the group, everyone, the veterans, the leaders and the young ones who are stepping in the big role now.”