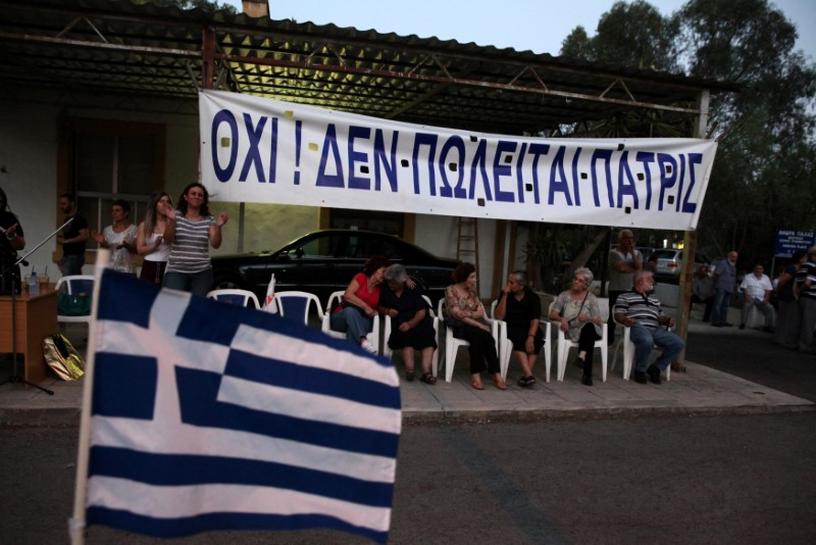 ATHENS The best chance in generations to end the partition of Cyprus collapsed in acrimony early on Friday, throwing the prospect of any reunification between Greek and Turkish Cypriots into disarray.

A week of U.N.-mediated talks in the Swiss Alps culminated in a “yelling and drama” session that leaves unresolved a conflict that has kept Greece and Turkey at loggerheads and has hampered Ankara’s hopes of joining the European Union.

Greek and Turkish Cypriots have lived estranged since a Turkish invasion in 1974 triggered by a brief Greek inspired coup. Major natural gas discoveries in the region over the past decade had added impetus to efforts to secure a deal.

Turkey has 30,000 troops stationed in northern Cyprus and their status in any post-settlement peace deal proved to be the undoing of a process one diplomat lamented came “so, so close” to succeeding.

Diplomats said Turkey had offered little to Greek Cypriots wanting a full withdrawal of Turkish troops from the island. Indications which had emerged on Thursday that Turkey was considering relinquishing intervention rights vanished when the Greek side asked for that commitment in writing.

The Greek Cypriots had been ready to make conditional concessions on Turkish Cypriot demands for a rotating presidency, the other key issue. Their plan was submitted in writing.

“I don’t know where it may go from here,” a diplomatic source told Reuters.

That source found fault with Turkish Cypriots for being “a bit greedy” and “overplaying their hand”, but also Greek Cypriots, who possibly made a tactical error in asking for a written commitment from Turkey relinquishing its intervention rights before a deal had been agreed.

“I just don’t think there is a sense of trust there. We were really, really close,” the diplomatic source added.

Another source close to the Greek side said Turkey had refused to deliver on earlier indications made to the United Nations that it would be “flexible” on intervention rights.

When the United Nations suggested those points be summarized, paving the way for a possible meeting between the prime ministers of Turkey, Greece and Britain – the guarantor powers – next week in New York, Ankara balked.

Turkish Foreign Minister Mevlut Cavusoglu then said those rights could possibly be subject to a review in 15 years, two sources said.

“We didn’t see that flexibility,” the source close to the Greek side said.

Cyprus talks have collapsed before, most spectacularly in 2004, when Greek Cypriots rejected a U.N. reunification blueprint in a referendum while Turkish Cypriots backed it.

On that occasion, it took several years for the United Nations to re-engage in a conflict viewed as a diplomats’ graveyard; it has seen more than 25 special UN envoys over the years.

In Turkey, Prime Minister Binali Yildirim said his country would maintain a constructive stance, adding that the Greek side had not done so.

“Of course, what is indispensable for us is that no matter what result is obtained or what topic is agreed upon, security and the issue of guarantees are vitally important (to ensure) that past troubles are not repeated, and easing up on these is out of the question,” Yildirim said.

Ankara supports a breakaway unrecognized state in north Cyprus which is heavily reliant on Turkish political and financial support.

Britain, the former colonial power in Cyprus and a guarantor nation under a convoluted treaty which granted the island independence in 1960, said it was “enormously disappointed”.

“Now is a time for calm reflection and consideration of next steps. Our commitment to a deal remains unwavering,” a British government spokesperson said.

A downcast Antonio Guterres, the United Nations Secretary-General, who had flown in on Thursday to help clinch a deal, said the world body remained at the disposal of the sides to facilitate any future engagement.

Quite what that means is unclear. Cavuslogu said the outcome showed the “impossibility of a solution within the parameters of the U.N. good offices mission”.

“There is now no sense in insisting on these parameters,” he said.

(Reporting By Michele Kambas, additional reporting by Can Sezer and Tuvan Gumrukcu; Editing by Gareth Jones)