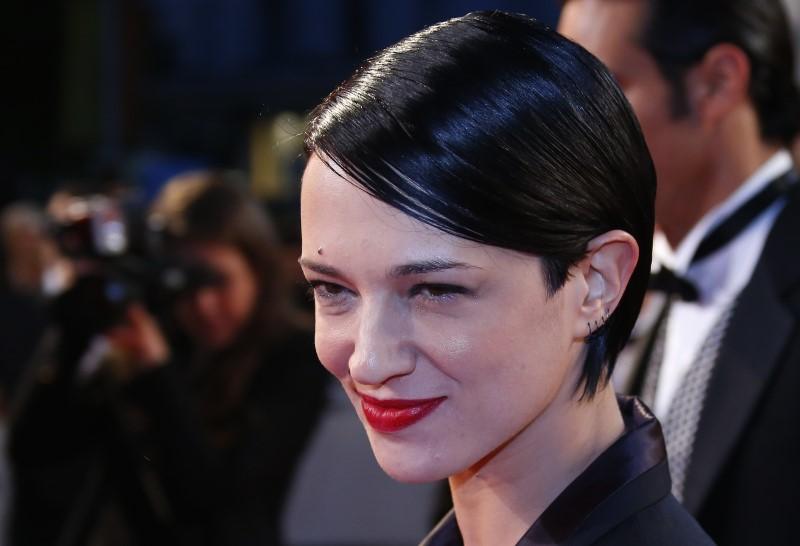 ROME (Reuters) – When actor and director Asia Argento accused Harvey Weinstein of sexual assault, she helped inspire the #MeToo movement. But in her native Italy, Argento met with considerable scorn.

“They were doing every day, on TV shows, kind of discussing whether I was raped or not, people I didn’t know,” she told Reuters in an interview.

“I didn’t know what to expect, but I definitely didn’t expect to be vilified and called a prostitute, and called the worst things in Italian newspapers… I did not expect any of it and it broke my heart.”

Argento, one of 13 women interviewed in the October New Yorker article that broke the Weinstein scandal, has now turned her ire on former prime minister Silvio Berlusconi on the eve of Italy’s national election.

Pollsters predict Sunday’s vote will result in a hung parliament, in which Berlusconi’s alliance of centre-right groups will be the largest bloc.

Argento, 42, has released a video through Italian newspaper Il Fatto Quotidiano, which is critical of Berlusconi, in which she interviews Ambra Battilana – an Italian former beauty queen who both wiretapped Weinstein in 2015 and testified against Berlusconi after she witnessed one of his ‘bunga bunga’ sex parties.

“I’m very wary, I’m very worried, and all I could do is give this information, to remind Italians who is Berlusconi, what he’s done to women, since this is something very dear to me,” Argento said.

Berlusconi was acquitted of having sex with an underage prostitute, nicknamed“Ruby”, but he is still due to stand trial for bribing witnesses to stay silent. He denies any wrongdoing.

More than 70 women have accused Weinstein, who was a top Hollywood film producer, of sexual misconduct, including rape. Weinstein has denied all allegations of non-consensual sex.

Director Asia Argento poses on the red carpet as she arrives for the screening of the film “Incompresa” (Misunderstood) in competition for the category “Un Certain Regard” at the 67th Cannes Film Festival in Cannes May 22, 2014. REUTERS/Yves Herman

Four months after the Weinstein scandal broke, 124 Italian actresses published an open letter about sexual abuse in their industry, but Argento said they had missed the point, by challenging“the entire system” without naming any names.

Many Italians take a conservative view of relations between the sexes, though feminists point to some successes.

Back in 2011, hundreds of thousands of women rallied against Berlusconi’s sex scandals, saying they had“disgraced Italy”.

Parliament Speaker and prominent feminist Laura Boldrini has spoken out for #MeToo. But she has also spoken of receiving thousands of social media threats, and supporters of a far-right party burned an effigy of her on a bonfire this year.

Argento says her distaste for Berlusconi is about more than ‘bunga bunga’ parties. His TV empire has beamed scantily dressed women into Italian households for decades – shaping, feminists say, popular views of women.

“My whole life, I’ve lived, in Italy, the objectification of women by Berlusconi, first with his TV,” Argento said.“Things that you wouldn’t need – a girl naked, dancing around, when you’re telling the news. This is Italy.”

Argento said she and her family received death threats after she accused Weinstein of sexual misconduct. She thought of fleeing Italy, she added, but her activism changed her mind.

“If I can be a little voice, and can be amplified by other women who think the same, then I think it’s my place to stay until things change.””

Should I worry if my helper is doing outside work?
WHO says would be ‘highly speculative’ to say COVID-19 did not emerge in China
Bangladesh, against objections, set to move Rohingya refugees to remote island
Four killed, dozens wounded in Sri Lanka prison riot
1,075 new COVID-19 cases and 11 deaths in Malaysia