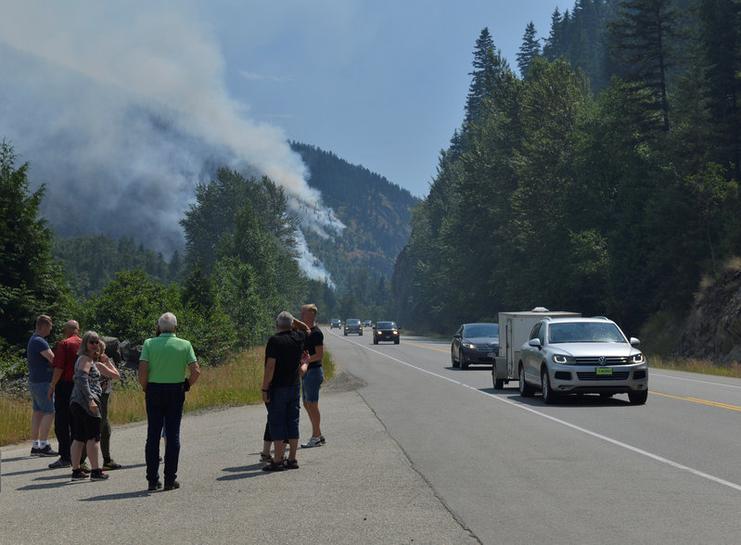 “Looking at the medley of forecasts out there, it’s certainly not optimistic,” British Columbia’s chief fire spokesman Kevin Skrepnek said at a press briefing. “We are going to be at the mercy of the weather.”

The blazes took off on Friday when 138 fires started as electrical storms and brisk winds passed through the interior of the bone-dry province, which has not seen significant rains for weeks.

British Columbia declared its first state of emergency since 2003, evacuated an estimated 7,000 residents from the path of the wildfires and deployed some 1,600 personnel to respond to the fires.

Some 24,000 hectares (59,305 acres) were ravaged by wildfires as of midday Sunday, according to official tallies. Skrepnek said he believed the extent of the devastation was significantly higher.

She announced a C$100 million ($78 million) fund for victims that the Canadian Red Cross will administer.

It is modeled after one set up after last year’s Fort McMurray fire in the neighboring province of Alberta, one the worst natural disasters in Canadian history. It provides stipends of C$600 to help victims displaced by the fires as well as money to help rebuild after the blaze is extinguished, Clark said.

Other assistance poured in from across Canada.

Canada’s military agreed to supply airplanes and helicopters. Other jurisdictions agreed to send some 260 personnel to help.

Survivors of the May 2016 Fort McMurray blaze, which displaced 88,000 people and burned 590,000 hectares, organized a drive to send water, fuel and other supplies to British Columbia.

“We’ve been through it. We know what it’s like,” Marty Frost, a former Fort McMurray firefighter, told broadcaster CBC News Network.