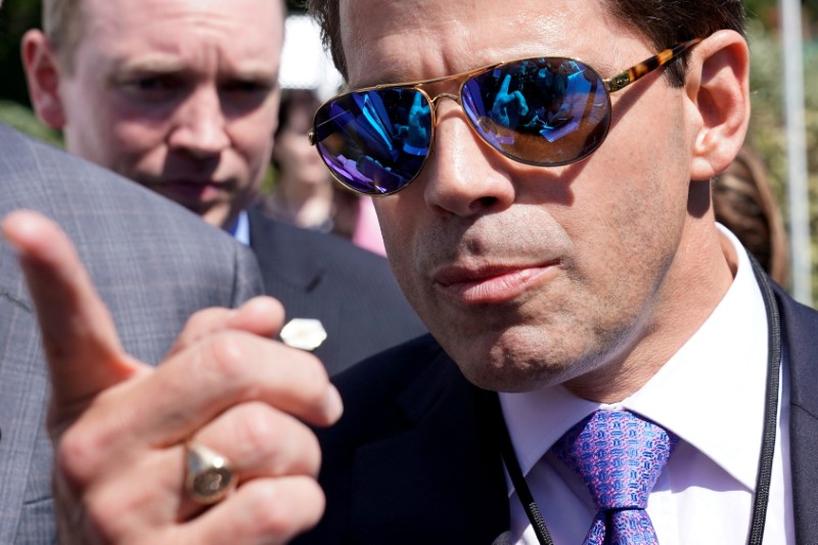 WASHINGTON (Reuters) – The rifts inside President Donald Trump’s White House were on startling display on Thursday, as his new communications director urged Trump’s chief of staff to state publicly that he does not leak information to the media.

Anthony Scaramucci, a New York financier who last week became the White House communications chief, also compared his relationship with Trump’s chief of staff, Reince Priebus, to a pair of brothers from the Bible, one of whom killed the other.

Scaramucci said last week he and Priebus were friends and “a little bit like brothers, where we rough each other up once in a while, which is totally normal for brothers.”

On Thursday, Scaramucci said in an interview with CNN: “When I said we were brothers from the podium, that’s because we’re rough on each other. Some brothers are like Cain and Abel. Other brothers can fight with each other and get along. I don’t know if this is repairable or not. That will be up to the president.”

Scaramucci appeared to suggest in a Twitter post late on Wednesday that Priebus may have had a hand in what Scaramucci described as a “leak” of his official financial disclosure documents to the U.S. news organization Politico.

Politico said the information was not a leak but was publicly accessible.

“When I put out a tweet and I put Reince’s name in a tweet, they’re all making the assumption that it’s him because journalists know who the leakers are,” Scaramucci told CNN on Thursday.

“So if Reince wants to explain he’s not a leaker, let him do that,” Scaramucci added.

Scaramucci had written earlier on Twitter: “In light of the leak of my financial disclosure info which is a felony. I will be contacting @FBI and the @TheJusticeDept #swamp @Reince45.”

Scaramucci’s comments illustrated an ongoing power struggle at the highest levels of Trump’s staff as the Republican president faces investigations into his election campaign’s connections with Russia and with Trump yet to win congressional approval for any major legislation.

“Reince is doing a fantastic job at the White House and I believe he has the president’s confidence. If those two gentlemen have differences my advice would be to sit down and settle your differences,” Ryan said at a news conference.

Reporting by Will Dunham, Eric Walsh and Doina Chiacu; Editing by Bernadette Baum