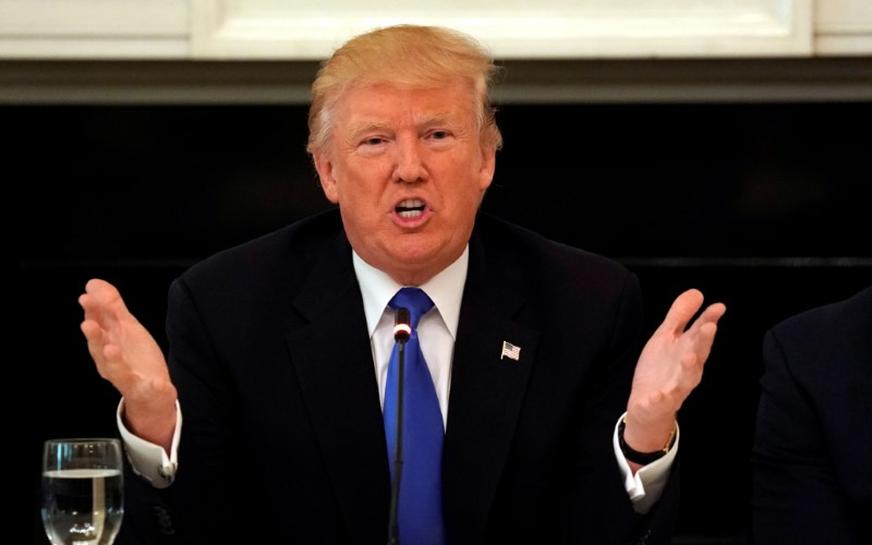 WASHINGTON (Reuters) – The White House said Thursday it had withdrawn or removed from active consideration more than 800 proposed regulations that were never finalized during the Obama administration as it works to shrink the federal government’s regulatory footprint.

In a report, the Trump administration said it had withdrawn 469 planned regulatory actions that had been part of the Obama administration’s regulatory agenda published last fall. Officials also reconsidered 391 active regulatory proceedings actions by reclassifying them as long-term or inactive “allowing for further careful review,” the White House said.

In February, President Donald Trump signed an executive order to place “regulatory reform” task forces and officers within federal agencies in what may be the most far reaching effort to pare back U.S. red tape in recent decades.

Trump has vowed a sweeping cut in U.S. regulations and previously ordered agencies to repeal two rules for every new one adopted.

Trump directed every federal agency to establish a task force to ensure each has a team to research all regulations and take aim at those deemed burdensome to the U.S. economy. They must designate regulatory reform officers within 60 days and then report on the progress within 90 days.

The effort is part of a Republican push to undo many of the actions of former President Barack Obama.

Japanese PM, Pfizer CEO discuss delivery of additional COVID-19 vaccine doses in 2021 to Japan
US stops short of branding Vietnam, Switzerland, Taiwan currency manipulators
IN FOCUS: Thinking out of the cubicle – What lies ahead for hybrid working?
China reports 15 new COVID-19 cases vs 11 a day earlier
6 arrested, about 1.7kg of cannabis seized in CNB operation