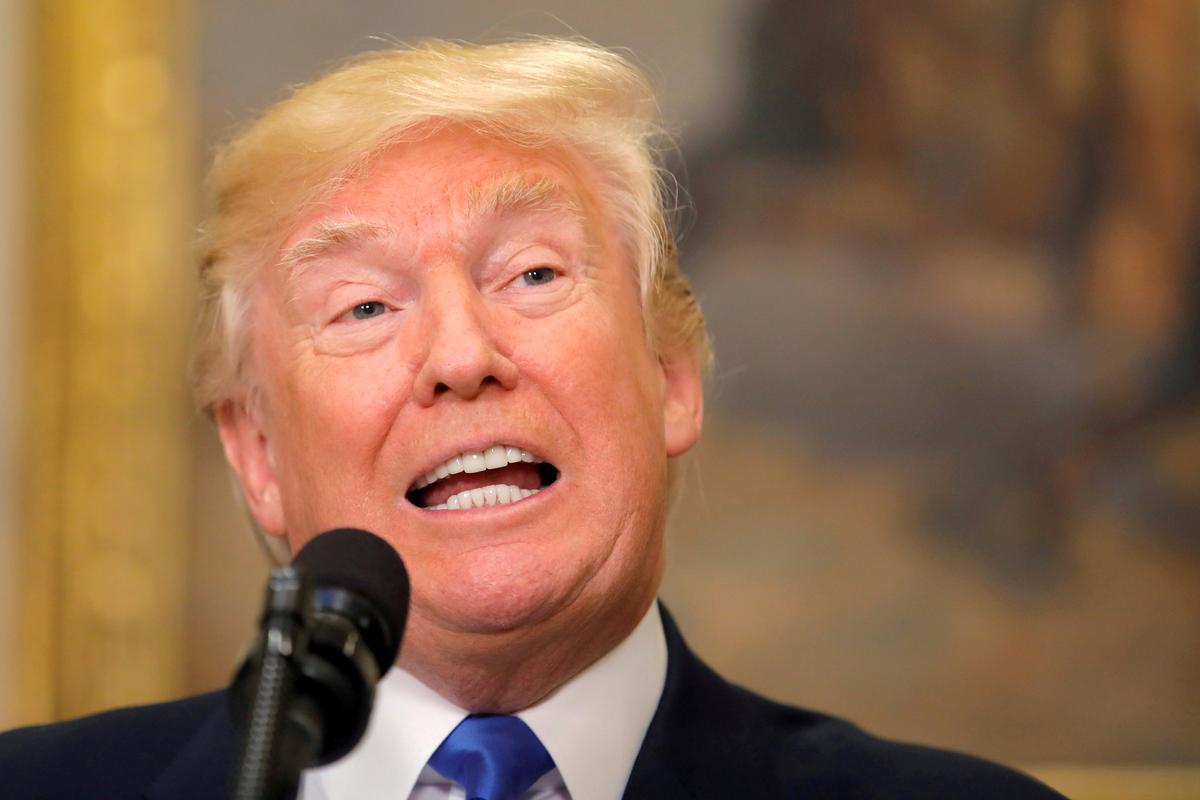 (Reuters) – U.S. President Donald Trump has asked for more talks between representatives of the oil and corn industries after a meeting on Tuesday failed to yield an agreement on how to help refiners cope with the country’s biofuels policy.

Trump has called the talks between Big Corn and Big Oil amid rising concern in the White House over the U.S. Renewable Fuel Standard (RFS), a law requiring refiners to mix biofuels such as corn-based ethanol into their fuel.

The decade-old policy was intended to help farmers and reduce U.S. petroleum imports but has increasingly divided farmers and energy companies – two of Trump’s most important constituencies. A refining company in the key electoral state of Pennsylvania last month blamed the RFS for its bankruptcy.

The meeting on Tuesday included Republican Senators Ted Cruz of Texas and Pat Toomey of Pennsylvania – both from major oil refining states – along with Charles Grassley and Joni Ernst of major corn grower state Iowa.

“No deal made,” said Grassley in a Twitter post after the meeting, adding the proposals discussed were “not ‘win win’” and would “destroy ethanol demand.”

Cruz issued a statement saying the meeting was “positive and productive” and added that Trump had requested another session this week. “After that meeting, I believe we are likely to arrive upon a win-win solution,” Cruz said.

Under the RFS, refiners must cover the costs of blending increasing volumes of biofuels such as ethanol into the nation’s gasoline and diesel each year. To prove compliance with the program, they have to acquire credits called RINs, either by earning them through blending or by buying them.

As biofuels volume quotas have increased over the years, so have prices for the credits. That has been good news for companies that blend the fuels, but refiners that do not have blending facilities are facing rising costs.

Oil refiner Philadelphia Energy Solutions Inc (PES) PESC.N, which employs more than 1,000 people in the Philadelphia area, filed for bankruptcy protection last month and blamed the regulation for its demise.

Reuters reported that other factors may also have played a role in the bankruptcy, including the withdrawal of more than $590 million in dividend-style payments from the company by its investor owners.

Sources told Reuters the PES would have a representative at the next White House meeting, likely on Thursday.

Ernst and Grassley have both said they disagree with critics who say RINs are harmful to refiners, underscoring the fact that the two sides cannot even agree on the facts, let alone the solutions. They point out other refiners, such as Valero Energy Corp (VLO.N) and Marathon Petroleum Corp (MPC.N), are pulling in solid profits despite the biofuels regulation.

At least four options aimed at reducing the cost of RINs were up for consideration, two sources familiar with the agenda of the White House meeting said.

One was to count U.S. ethanol exports toward annual biofuels volume mandates, something not currently permitted under the policy. Another was to place a hard cap on the price of a RIN, and a third was to limit RIN trades to blenders and refiners – essentially to remove market speculation, the sources said.

To sweeten the deal for the corn industry, any deal would have likely included a waiver to allow gasoline containing 15 percent ethanol to be sold year round. Sales of high-ethanol blends are currently restricted during the summer due to concerns over smog.

Discussions could also look at solutions focused more directly on refiner PES, like waiving its current RIN obligation valued at about $350 million, the sources said. But such a move would likely draw a backlash from other refiners who have no hope of receiving such a waiver.

While the White House meetings have focused on fixes that could be implemented with executive or regulatory action, there is a separate legislative effort to alter the RFS, led by Republican Senator John Cornyn of Texas. But it too faces stiff resistance from corn states.

Commentary: Japan has taken care of two COVID-19 waves so how bad can this third one be?
Thailand to sign COVID-19 vaccine agreement with Oxford-AstraZeneca
More Malaysians now allowed to tap on retirement funds, withdrawal ceiling raised to RM10,000
New community COVID-19 case after 15 days shows virus still ‘lurking about’ in the community: Experts
‘Do you believe’: Pakistan elephant set for flight after Cher campaign