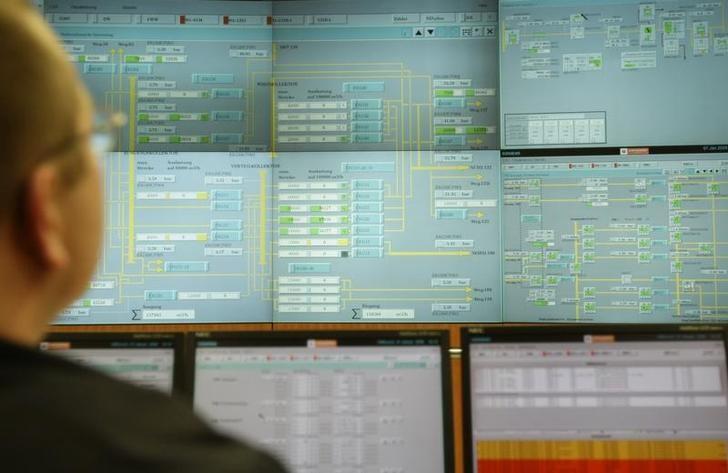 “We are testing blockchain-based services in Vienna’s Viertel Zwei and once we have collected enough experience there, we will develop business models and bring them to market,” she said.

“It may be overoptimistic but services may become available this year as we are trying to be active and build the know-how in our company fast,” she added.

Viertel Zwei is an office and residential area that has marketed itself over the past decade as a green city district for urban living based on sustainability.

Blockchain is a distributed computerized record of transactions or other data carried out without the need for an intermediary and immune to alterations later.

It appeals to the energy industry, which must handle increasingly complex transactions between big and small producers and consumers, and corporate entities, as more decentralized renewable energy volumes arrive.

Wien Energie can access the 2 million retail and 235,000 commercial customers it supplies already.

Canadian start-up BTL said it involved incumbents BP and Eni, although the two did not comment.

Analysts say it would be naturally sensitive for big names to openly run blockchain parallel to existing processes because of regulation.

Wien Energie is also part of Enerchain, which groups 35 European utilities participating in tests to create a trading platform for electricity and gas, and eventually to perform B2B trading.

Europe has fewer than a handful of such blockchain-based energy trading ventures, with others including the Energy Web Foundation and WePower of Lithuania.

Schober said, however, that her company was aware of the disruptive potential of blockchain.

“If the technology means there are no intermediaries any more, it becomes an issue for us, so we are actively looking into other business models,” she said.

Hunger, death, exploitation: The plight of the poor in India in the pandemic
US Pledges Support for Manila on Counterterrorism, South China Sea
In latest China jab, US drafts list of 89 firms with military ties
SIA, Cathay customers who no longer wish to fly after Singapore-Hong Kong air travel bubble deferment can request for full refunds
Hong Kong Police Breaking Rights Law With Complaints System, Lack of ID: Court