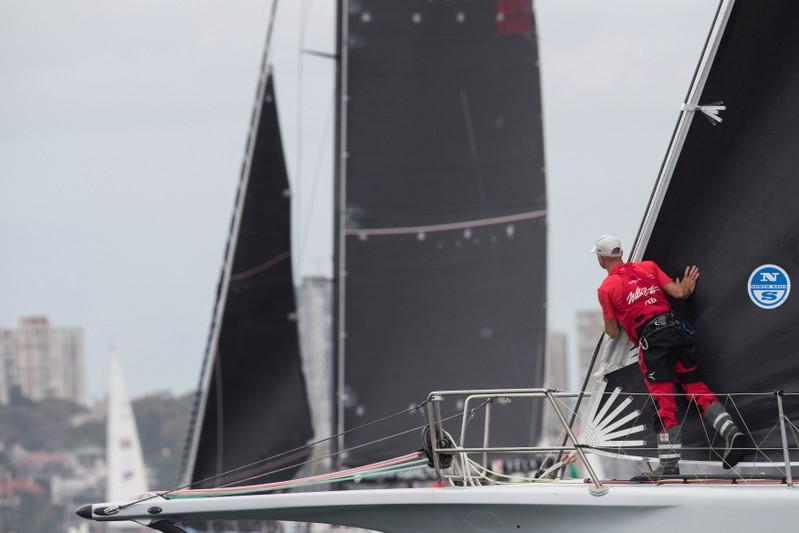 MELBOURNE (Reuters) – Australian super-maxi Wild Oats XI smashed the race record as they won their ninth Sydney to Hobart bluewater classic on Wednesday, but face the possibility of a protest from second-placed LDV Comanche for a near-collision just after the start.

Wild Oats, helmed by Mark Richards, crossed the line in the River Derwent at 9:48 pm (1048 GMT) after steaming down the eastern coast of Australia at an average of around 20 knots before being becalmed in the final few miles.

They finished in one day, eight hours, 48 minutes and 50 seconds, smashing the 1:13:31.20 record set by Perpetual Loyal, which has been renamed InfoTrack, last year.

Wild Oats, however, could face a protest from the Jimmy Spithill-helmed Comanche after the pair narrowly avoided a collision about 15 minutes into the race on Tuesday.

Comanche put up a red protest flag at the time and have six hours after the race to lodge the paperwork.

Organizers said Wild Oats had the option of doing a 720-degree turn at the time of the initial protest if they accepted blame but chose not to and could face a minimum five-minute time penalty if the protest is upheld.

Comanche were about 1.4 nautical miles behind Wild Oats when the Oatley Family-owned yacht crossed the line.

Comanche had held a lead of up to 20-nautical miles overnight, but Richards kept Wild Oats closer to the coast of Tasmania in the strong north-east winds and jockeyed for the lead.

Comanche, however, surged back as they neared Tasmania and the pair engaged in a fascinating match race in the final approach to Constitution Dock.

They were both becalmed in light winds when they entered the final push with Wild Oats sneaking back in front with less than 10 nautical miles left in the race.

The top six finishers are all projected to beat last year’s record. The other two super-maxis in the fleet, Black Jack and InfoTrack, are third and fourth respectively.

Just three of the 102 boats that started have retired, while Opt2Go Scamp has pulled in for repairs and still hopes to rejoin the race and finish.

The eight-meter long, 73-year-old wooden ketch Freyja is the last yacht still racing and not expected to finish until at least Saturday.

Reporting by Greg Stutchbury in Wellington; Editing by Amlan Chakraborty and Christian Radnedge