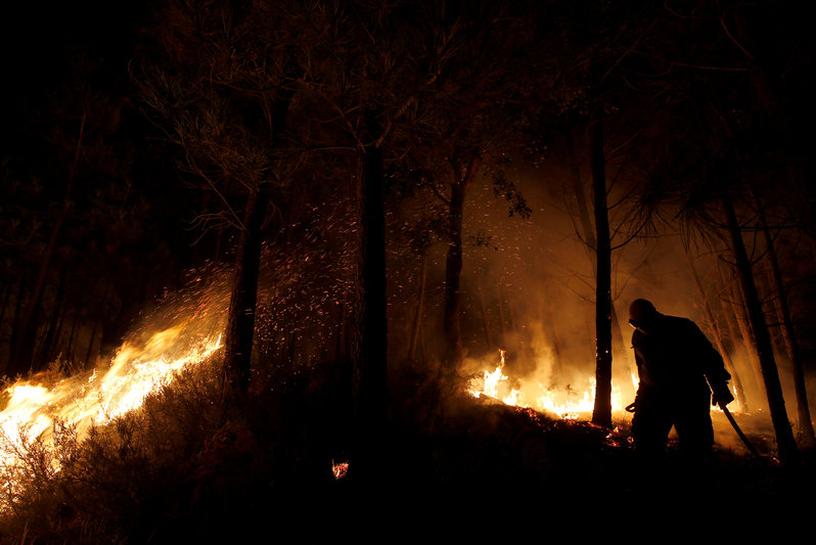 LISBON (Reuters) – Parts of Portugal, beset by its deadliest summer of wildfires in living memory, were declared in a state of public calamity on Thursday as the government put emergency services on alert for further outbreaks.

It has borne the brunt of a heatwave that has settled over much of southern Europe, and more than three times as much forest has burned down in the country this summer as in an average year.

Since a single blaze killed 64 people in June, the government has been under pressure to come up with a strategic plan to limit the damage.

It said on Thursday the state of calamity would trigger “preventative effects” in the central and northern interior and parts of the southern Algarve region, while the meteorological office forecast temperatures would top 40 degrees centigrade in some places by Sunday.

Prime Minister Antonio Costa would also meet with military, police and rescue service commanders “for the maximum mobilization and pre-positioning of personnel in the areas of greatest risk”, the government said in a statement.

Firefighters work to put out a forest fire next to the village of Macao, near Castelo Branco, Portugal, August 17, 2017.Rafael Marchante

Since June’s tragedy, emergency services have made far greater efforts to evacuate villages and shut roads early in affected areas.

Still, nearly 80 people have been hurt in wildfires in the past week alone, according to the civil protection service.

Last Saturday, when a record 268 fires blazed countrywide, the government requested water planes and firemen from other European countries.

On Thursday, over 130 people were evacuated from villages in the Santarem district around 170 km (110 miles) northeast of Lisbon, where over 1,000 firefighters were battling flames.

With just over 2 percent of the EU landmass, Portugal accounts for almost a third of burnt areas in the union this year.

More than 163,000 hectares of forest have been lost there, more than three times higher than the average of the last 10 years, according to EU data.(here#)