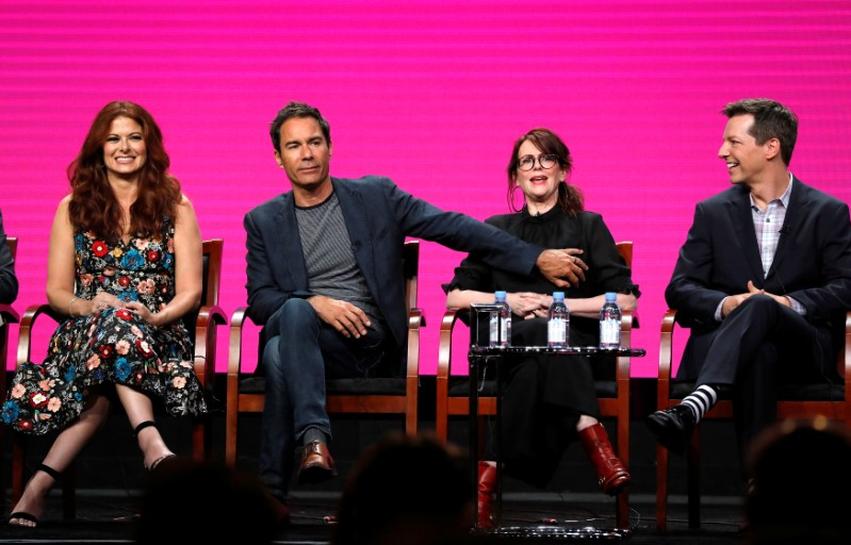 BEVERLY HILLS, Calif. (Reuters) – Comedy “Will & Grace,” the television show credited with bringing gay men and women into mainstream pop culture long before gay marriage was legal, will return in September for not just one, but two seasons, broadcaster NBC said on Thursday.

The revival, in which Emmy-winning stars Eric McCormack, Debra Messing, Sean Hayes and Megan Mullally all reprise their roles, will ignore the 2006 series finale, which jumped 20 years into the future.

And although pop culture and Washington politics will play their parts, the cast and creators said the main aim of the show will be to make people laugh.

The series about a gay attorney who shares a New York apartment with his straight female friend began in 1998 and was credited with fostering acceptance of gay people years before the U.S. Supreme Court made gay marriage a right nationwide in 2015.

“We set out to be funny — that’s still first and foremost,” McCormack told television writers at a presentation in Beverly Hills. “We’ll include political and cultural things, of course we will.”

Messing said she hoped the new series would “finish the alphabet” of gender identity to include issues around transgender, queer and pansexual culture.

The 2006 series finale leapt 20 years into a fantasy future in which Will and Grace have become estranged but are brought together again through their respective, grown children.

The new series, however, will pick up in 2017 with Will and Grace still living together, and with gay friend Jack (Sean Hayes) and the narcissistic Karen (Megan Mullally) living across the hallway in their New York apartment block.

Rich socialite Karen will boast of her friendship with President Donald Trump and his wife Melania, Mullally said.

“We have a Trump supporter inside this group. That made it creatively very interesting to revisit and really speak to the world through these voices,” said Max Mutchnick, who is returning to produce the comedy with co-creator David Kohan.

Kohan and Mutchnick said they had decided to ignore the events of the series finale in order to get back to the essence of the four characters.

“What we missed was the dynamic between the four of them more than we missed the possibility of seeing what their lives were like as parents,” Kohan said.

Hayes said reuniting for the show was “like riding a bike.”

“It fits like a glove. It’s a gift of a lifetime that we get to do this again.”