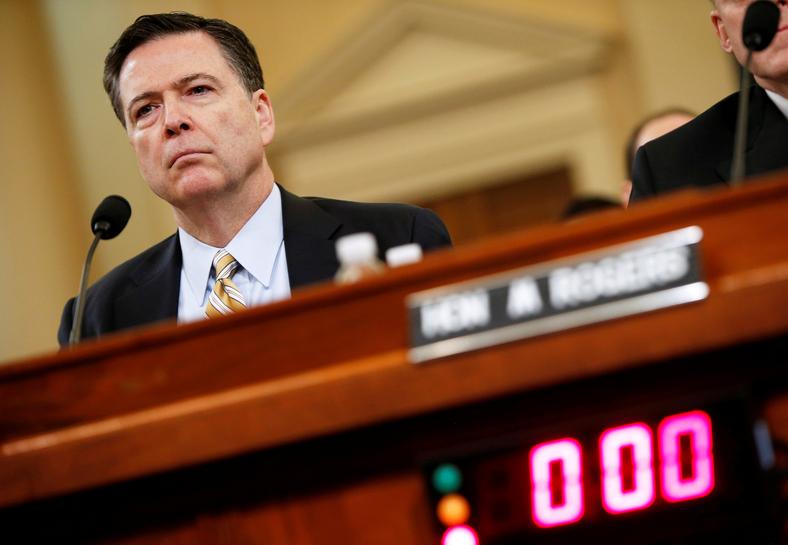 WASHINGTON White House officials said on Friday they did not know yet whether President Donald Trump would seek to block former FBI Director James Comey from testifying to Congress next week, a move that could spark a political backlash.

“I have not spoken to counsel yet. I don’t know how they’re going to respond,” White House spokesman Sean Spicer told reporters.

Comey was leading a Federal Bureau of Investigation probe into alleged Russian meddling in last year’s U.S. presidential election and possible collusion by Trump’s campaign when the president fired him last month.

Critics have charged that Trump was seeking to hinder the FBI’s investigation by dismissing Comey.

The former FBI chief is due to testify on Thursday before the Senate Intelligence Committee as part of its own Russia-related investigation, and his remarks could cause problems for the Republican president.

Comey is widely expected to be asked about conversations in which the president reportedly pressured him to drop an investigation into Trump’s former national security adviser, Michael Flynn, whose ties to Russia are under scrutiny. Critics have said that such pressure could potentially amount to obstruction of justice.

Presidents can assert executive privilege to prevent government employees from sharing information. However, legal experts say it is not clear whether certain conversations between Trump and Comey that the president has talked about publicly would be covered, and any effort to block Comey, who is now a private citizen, from testifying could be challenged in court.

Democratic lawmakers sent White House counsel Donald McGahn a letter warning that invoking executive privilege “would be seen as an effort to obstruct the truth from both Congress and the American people.”

In an interview with ABC News, White House senior adviser Kellyanne Conway appeared to indicate the president would allow Comey to testify. “We’ll be watching with the rest of the world when Director Comey testifies,” she said.

But asked directly whether Trump would invoke executive privilege on Comey’s testimony, she added: “The president will make that decision.”

Amid a political firestorm touched off by Comey’s firing, the Justice Department appointed a special counsel last month to take the lead on the Russia investigation.

U.S. intelligence agencies have concluded the Russian government sought to influence the U.S. election in Trump’s favor, a charge Russia has denied. Russian President Vladimir Putin, however, said on Thursday some Russians may have acted on their own.

Trump, who has raised doubts about the U.S. agencies’ findings and denounced the continuing Russia probes, has denied any collusion.