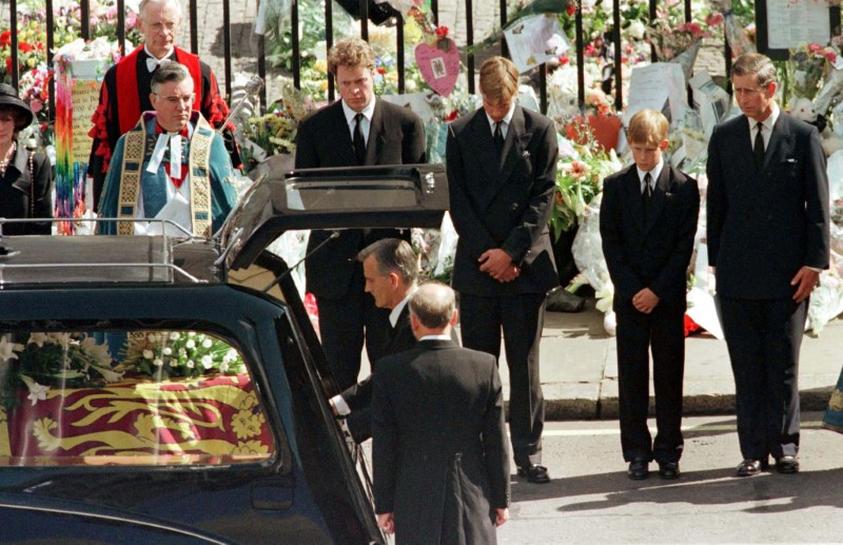 LONDON Princes William and Harry will attend a private service on Saturday to re-dedicate the grave of their mother Princess Diana on what would have been her 56th birthday.

The service will be at Diana’s resting place on the Althorp Estate, her family’s ancestral home in central England, where the princes will be joined by William’s wife Kate and members of Diana’s family.

The Archbishop of Canterbury Justin Welby, the spiritual leader of the Anglican Communion, will conduct the ceremony.

Diana, first wife of William’s father and heir-to-the-throne Prince Charles died aged 36 in Paris on Aug. 31, 1997, after the limousine carrying her and lover Dodi al-Fayed crashed in a tunnel as it tried to escape paparazzi who were chasing them on motorbikes.

She was buried on a leafy oval island in the grounds of Althorp amid an outpouring of grief across the world.

With the 20th anniversary of her death approaching, both William, 35, and Harry, 32, have spoken publicly about the impact that losing their mother has had on lives.

In an interview published last week, Harry said the decision to make him walk behind her coffin as the funeral cortege slowly made its way through the packed streets of London when he was a child had had a lasting impact.

“My mother had just died, and I had to walk a long way behind her coffin, surrounded by thousands of people watching me while millions more did on television,” he said.

“I don’t think any child should be asked to do that, under any circumstances. I don’t think it would happen today.”

Both princes have become prominent mental health campaigners, encouraging people to speak openly rather than bottle up their emotions, and William said in April the shock of losing his mother still lingered.

“You never get over it, it’s such an unbelievably big moment in your life that it never leaves you. You just learn to deal with it,” he said.

Meanwhile, Harry said he had come close to a “complete breakdown” on several occasions and had sought counselling in his late twenties to help deal with the grief of losing Diana.

Commentary: Why many under 45 are hoping vaccination slots open in June
Fewer COEs available for May to July, quota lowest in 6 years
Week-long lockdown in Delhi as COVID-19 cases soar
1 community case among 20 new COVID-19 infections in Singapore
The true cost of the demand for cheap clothes, to you and the environment