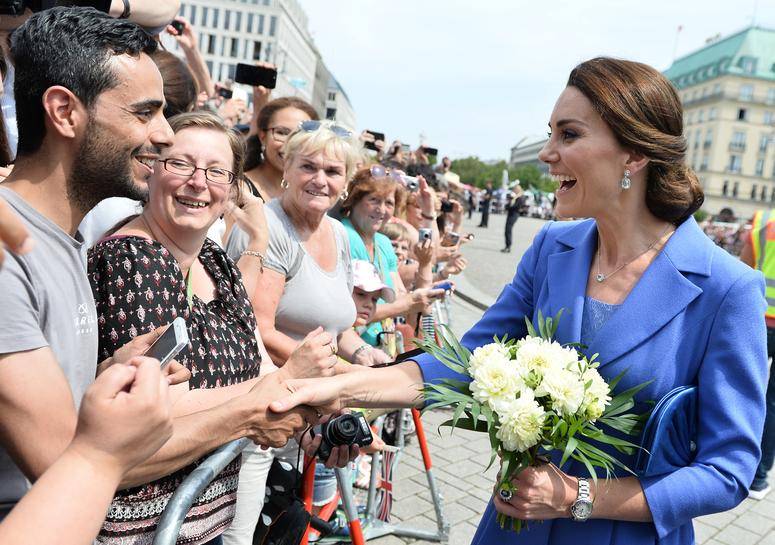 BERLIN (Reuters) – Prince William and his wife Kate met German Chancellor Angela Merkel on Wednesday as part of a charm offensive to shore up relations with European Union countries before Britain leaves the bloc.

William, who is second in line to the British throne, and Kate met Merkel for lunch at the chancellery in Berlin and were expected to discuss bilateral issues, European politics, global issues and volunteer work with the pro-European German leader.

The young royals arrived with their children – Prince George, who turns four this month, and two-year-old Princess Charlotte and are due to visit the Brandenburg Gate and the Berlin Holocaust Memorial, before attending a party to celebrate the Queen’s 91st birthday.

The visit is part of a four-day tour of Poland and Germany that has taken in World War Two memorials and meetings with locals.