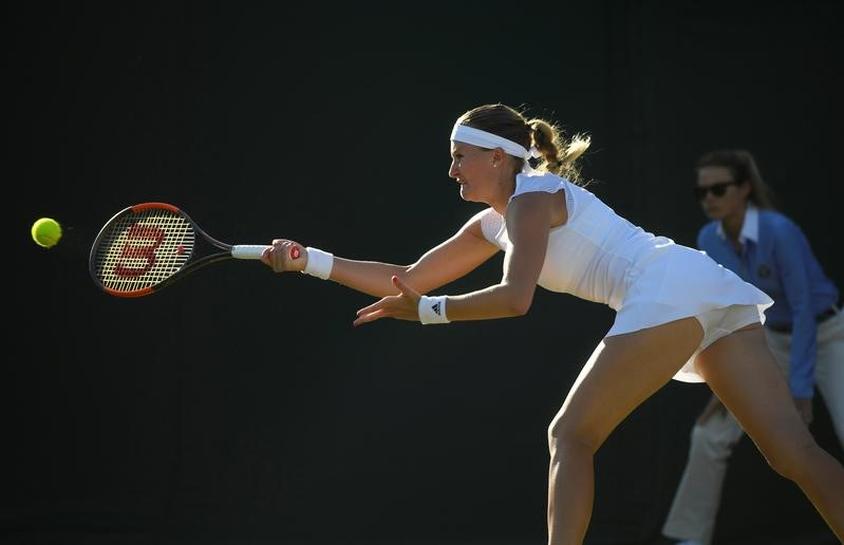 LONDON The quality of Wimbledon’s courts have been criticized by some players but the head groundsman at the All England Club says there are not significantly different to previous years.

The courts came under fire when French player Kristina Mladenovic slated the Court 18 surface after her defeat by American Alison Riske on Thursday.

Mladenovic said she and Riske had both asked not to play on the court after the first two games, describing the surface as slippery. The All England Club issued a statement defending the courts and said Court 18 had been “playable as normal”.

The French woman’s comments came just two hours after American Bethanie Mattek-Sands had been carried off a different court on a stretcher, screaming in pain with a serious knee injury after stumbling while approaching the net.

“Obviously we listen to players, because their feedback is important. But the data shows to us those courts that are in question are within range of the other courts, and they are within the range of previous years,” said All England Club head groundsman Neil Stubley.

“That’s all we can work to, is the data that we feel is best for the health of the courts

“We set them up to the exact standard that we’ve done in many previous years. So I’m not quite sure.

“They (the players) have their reasons why they’re saying that. More slippery? I don’t know if there’s been more slips this year or there’s just been a couple of high-profile ones. I’m not sure,” he added.

Conditions in SW19 have been hotter and drier than for many years and the roof on Centre Court was closed before play on Friday in a bid to protect the turf from the blazing sun.

Stubley said that they had plans established to deal with the temperatures.

“Obviously we’re dealing with the extreme heat, which we’re not used to every single championships. So from one championships to another you will get variations in temperatures which will actually have an effect on how you manage the courts.

“We go into the championships with as healthy of grass as we possibly can so we can endure those extremes.

“So if we get extreme heat, or last year with the extreme wet, we can deal with it. We have the mechanisms in place that we can add water, we can dry them a little bit more. We can actually be in control of how the plant is surviving.”