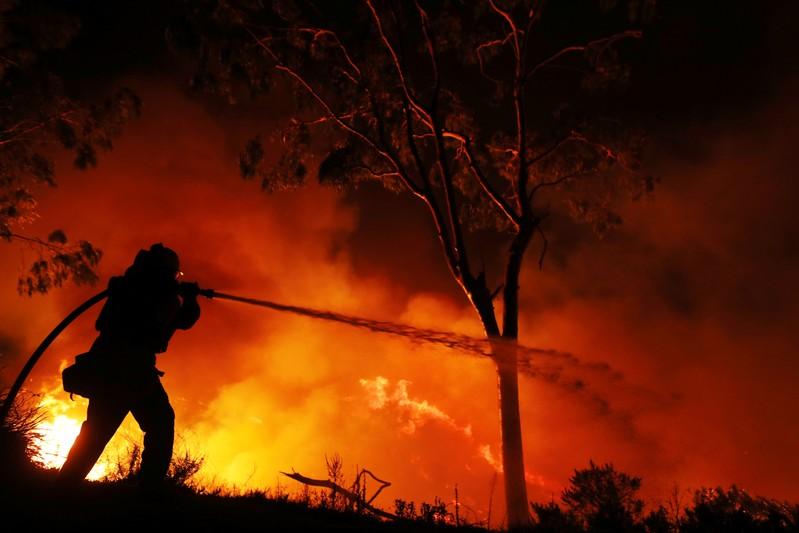 Firefighters have halted the spread of the so-called Thomas fire at 272,000 acres (110,100 hectares) and carved containment lines around 60 percent of its perimeter over the last couple of days, fire and police said.

But wind gusts from the north were expected to accelerate to 50 miles per hour (80 km per hour) on Thursday morning, creating extreme fire danger conditions for Santa Barbara County, the National Weather Service said.

Ventura County, which has taken the brunt of the fire, is likely to experience 40 to 50 mph (64 to 80 kph) winds on Thursday and Friday, it said.

Fire managers were cautiously optimistic that they could protect populated areas against the predicted return of stronger winds, but were not letting their guard down.

“This has been a nightmare of a fire for a lot of people,” he said. “The wind test is coming tonight and it will be the true test to see that we have done our job correctly.”

With progress being made against the blaze — which has scorched the dry coastal mountains, foothills and canyons of Ventura and Santa Barbara counties northwest of Los Angeles — officials said they had cut the number of firefighters to 6,500 from a peak of 8,500 over the past few days.

The Thomas blaze, which became California’s second largest wildfire on Tuesday, is nearly as large as the 2003 Cedar fire in San Diego County, which consumed a record 273,246 acres (110,579 hectares) and killed 15 people.

More than 1,000 homes and other buildings have gone up in flames, and about 18,000 structures remained listed as threatened since the fire started on Dec. 4. The cause has not been determined.

One firefighter died last Thursday near the town of Fillmore in Ventura County.