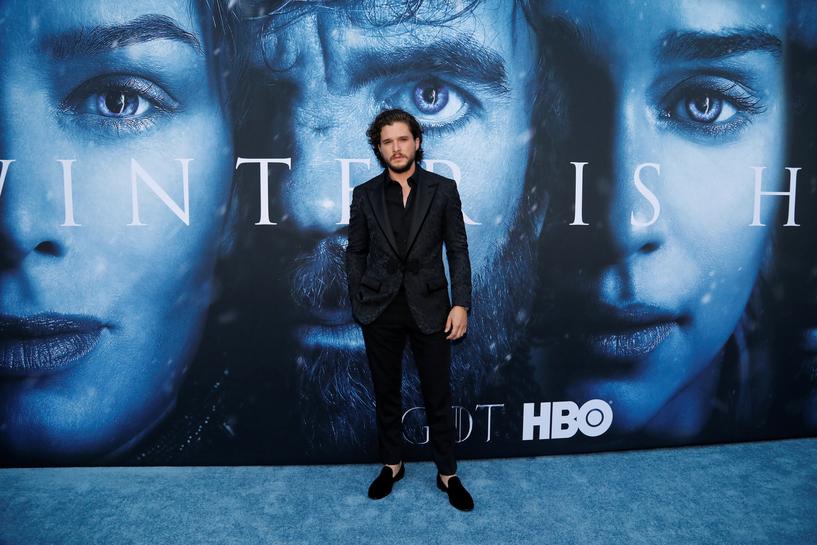 LOS ANGELES (Reuters) – After six seasons of warring families, countless deaths and mounting menace, winter has finally come to Westeros in HBO’s hit fantasy series “Game of Thrones”, bringing with it an army of the undead and some long pent-up revenge.

Emmy-winning “Game of Thrones” debuted the first episode of the seventh season at a lavish premiere in downtown Los Angeles on Wednesday at the Walt Disney Concert Hall, which was lit up with projections of dragons, fire and ice for the occasion.

The new season sees the show’s lead characters with nothing left to lose after they sacrificed families, children, innocence, dignity and even their lives, in the case of the resurrected Jon Snow.

The stakes are high as they head towards a great war that will determine who will sit on the Iron Throne and rule over the Seven Kingdoms of Westeros, while the zombie army of White Walkers advances towards them, threatening mankind’s destruction.

The theme of revenge is set early in the new episode, titled “Dragonstone,” as one character warns “if one wolf survives, the sheep are never safe.”

Guests were asked not to reveal any more details of the plot until the episode’s Sunday debut on HBO, though spoilers have already started to appear online.

Actress Sophie Turner said her character Sansa Stark, who evolved from a young captive into a stoical leader, has to grapple with “new-found power.”

“She has no idea how to kind of absorb that and take on that role because she’s never worked like that,” Turner told Reuters TV on the red carpet.

“Game of Thrones,” based on George R.R. Martin’s “A Song of Ice and Fire” books, follows the epic story of a multi-generational struggle for control of the Iron Throne.

It is the most-watched show on cable network HBO, averaging around 25 million viewers last season, which saw the women of Westeros rise up and seize power.

It left Cersei Lannister (Lena Headey) sitting on the Iron Throne in King’s Landing, her brother Jamie at her side, both struggling with the deaths of their children.

Daenerys Targaryen (Emilia Clarke) was last seen sailing towards King’s Landing with Tyrion Lannister, her army and dragons to reclaim her ancestral home. Arya (Maisie Williams) had just killed the man who murdered her family, while Sansa sat alongside Jon Snow as rulers of the North.

The saga will conclude with its eighth season next year, and a series of spin-offs is being developed.

China’s Xi declares ‘complete victory’ in campaign to stamp out rural poverty
Commentary: When and what to buy? At what age? Investing for retirement in a COVID-19 economy
Indian salesman who speaks fluent Mandarin and Hokkien learned them from grandparents
Commentary: Giving up petrol cars is a lot more difficult for parents
Man arrested for suspected involvement in investment scam