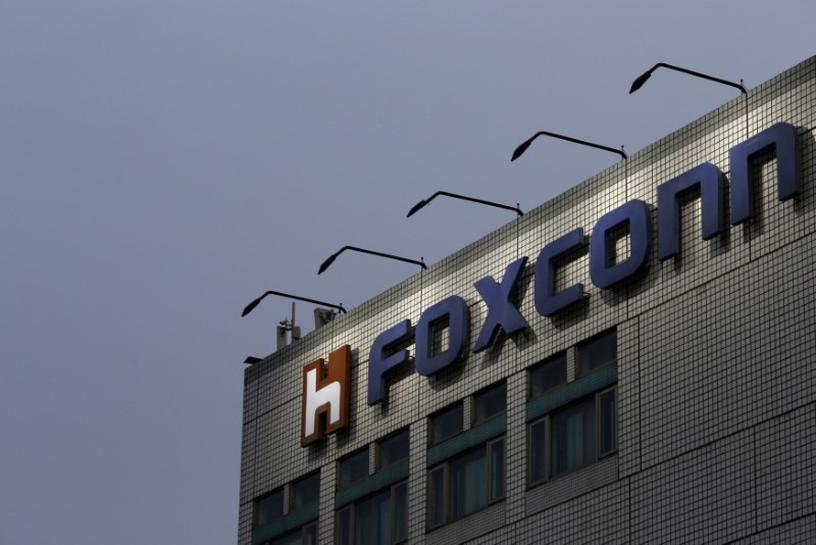 The logo of Foxconn, the trading name of Hon Hai Precision Industry, is seen on top of the company’s headquarters in New Taipei City, Taiwan March 29, 2016. REUTERS/Tyrone Siu/File Photo

The vote by the Wisconsin Economic Development Corporation clears a final hurdle for the controversial deal, in which Foxconn (2317.TW) hopes to open a $10 billion plant in 2020 at a 1,000-acre site in southeastern Wisconsin.

“WEDC’s board approved the deal with Foxconn. Wisconsin is ready to welcome the world’s largest electronics contract manufacturer to Wisconsin and the United States!,” Walker said on Twitter.

The governor told local media he intends to sign the incentive package, which was approved by the Republican-controlled state Assembly in August, at a ceremony with the company’s chief executive officer on Friday.

Walker ordered the legislature into special session in August to consider the incentives package, which would award Foxconn $3 billion over 15 years in mostly cash incentives.

The 20-million-square-foot LCD plant would initially employ 3,000 people, but Walker and Foxconn said the company could ultimately employ 13,000 at the site.

Proponents have touted the project’s investment potential and job creation, including an expected 22,000 ancillary and 10,000 construction jobs.

Critics, including some Democrats, have attacked the plan as corporate welfare, too expensive, rushed and potentially harmful to the environment.

Commentary: BTS management’s stock listing is a sign K-Pop is no passing fad
Pakistan army to probe troops’ role in arrest of politician
Detained Chinese Poet ‘Under Pressure to Confess’ in Yunnan
Rally outside Thai prison demands release of protesters
Public invited to submit names for Nominated Members of Parliament