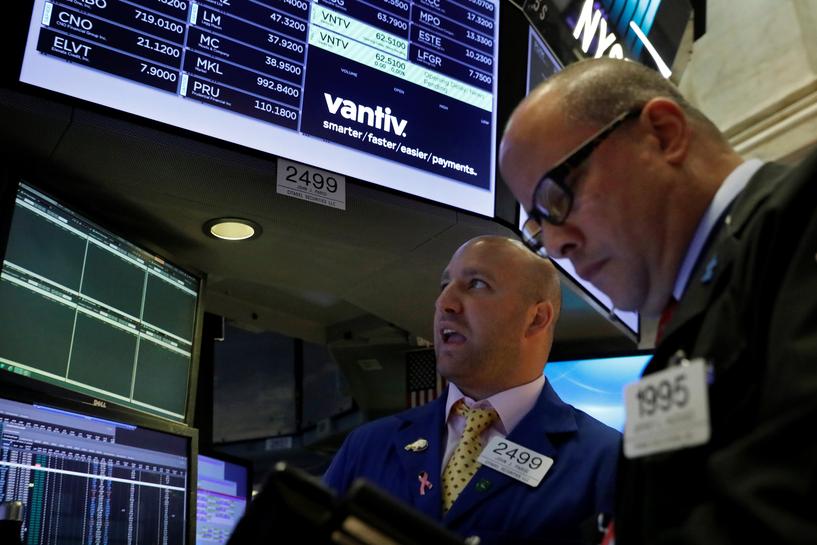 NEW YORK In the world of financial technology, where startups are the focus of M&A chatter, a $10 billion combination of two back-office processors whose roots date to the 1970s might seem unusual.

But Vantiv Inc’s (VNTV.N) plan to acquire Worldpay Group PLC (WPG.L) shows that the sheer size of some legacy players – and the inertia of their customers – makes them more interested in buying one another than newer rivals, bankers and analysts said. The two companies facilitate payments by linking stores to customers’ bank and credit-card accounts.

Vantiv started as a project inside of Cincinatti-based regional lender Fifth Third Bancorp (FITB.O) during the Nixon era. Worldpay, headquartered in London, was launched by a British lender in 1989 and absorbed into Royal Bank of Scotland (RBS.L).

Both companies were spun out of their banks after the financial crisis and thrived on their own continents. Now they are poised to become the singular middleman for more sales globally than any other wholly-owned merchant payments processor based on the $1.3 trillion worth of transactions they handled in 2016, according to data from The Nilson Report.

The next largest, JPMorgan Chase & Co (JPM.N), had looked at Worldpay but ultimately did not put in a bid, a spokesman said. Buying Worldpay would have helped JPMorgan, the biggest U.S. bank by assets, expand outside of its home country where it has been getting about four-fifths of its merchant business. (GRAPHIC: tmsnrt.rs/2sN7LvJ)

The Vantiv-Worldpay deal comes at a time when more purchases are being made online, and the payments industry – long considered a backwater of banking – is facing fresh competition.

Despite the buzz surrounding these companies, they represent a small slice of the market.

In the United States, for example, the top 10 processors account for about 90 percent of transactions, according to estimates from Mizuho Securities. They are mostly big banks or companies like First Data Corp (FDC.N), which also grew out of the banking industry.

Even with that much concentration, big players want to get bigger to gain economies of scale, said one investment banker to the industry who spoke on the condition of anonymity. The banker predicted more traditional companies will combine, while newcomers remain independent because their stocks are much more highly valued.

Once processors have the scale of big banks, the real competitive advantage comes from allowing merchants to sell products through any channel to customers anywhere in the world, analysts and executives said.

Future mergers could be driven by a need to access new geographies or improve digital offerings, similar to the rationale behind Vantiv buying Worldpay, the banker said.