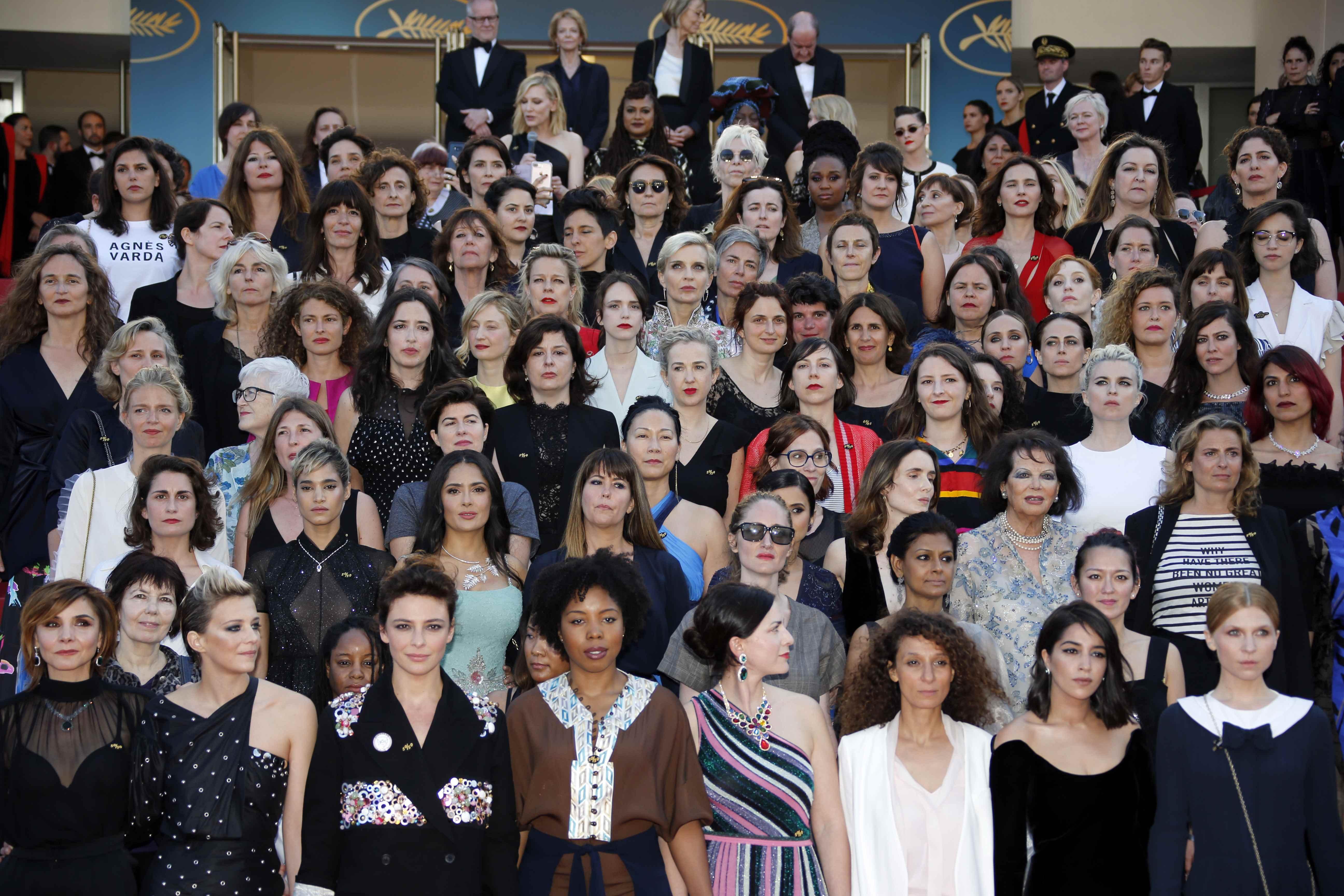 CANNES, France (Reuters) – Jane Fonda, Salma Hayek and Marion Cotillard were among 82 women who made a symbolic walk up the red carpet at the Cannes Film Festival on Saturday, in a demonstration of solidarity for women struggling for a voice in the movie industry.

At the first Cannes festival since the sexual abuse scandals that broke in Hollywood last year, Cate Blanchett, the head of the jury that will award the Palme d’Or, and veteran French director Agnes Varda read out a statement.

“As women, we all face our own unique challenges, but we stand together on these stairs today as a symbol of our determination and commitment to progress,” read part of the statement.

The number of women taking part is the same as the number of films directed by women to have been selected to feature at Cannes in its more than seven-decade history. In the same period, 1,645 movies directed by men have had that honor.

The Cannes Film Festival runs from May 8 to May 19.