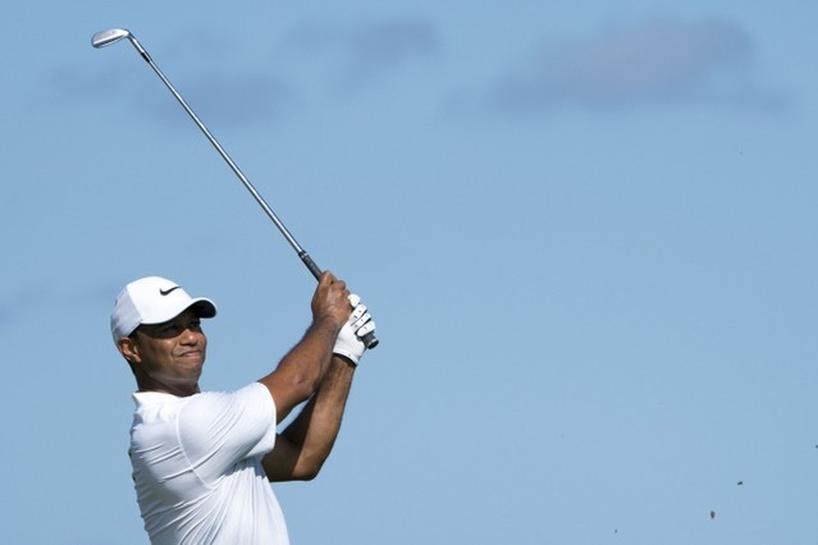 (Reuters) – Tiger Woods got off to a fast start and fired a four-under par 68 despite a pair of bogeys on the back nine as his comeback continued at the Hero World Challenge in the Bahamas on Friday.

December 1, 2017; New Providence, The Bahamas; Tiger Woods hits his fairway shot on the fourth hole during the second round of the Hero World Challenge golf tournament at Albany. Kyle Terada-USA TODAY Sports

The solid second-round effort, which included an eagle and four birdies, left the former world number one tied for fifth place at seven-under 137 in his first tournament in nearly 10 months following spinal fusion surgery.

With his swing of old back for the most part, Woods held the lead at the turn thanks to an eagle at the ninth and remained at or near the top until a poor drive and bogey at the last.

Charley Hoffman’s sizzling 63 that included 12 birdies gave him the lead at 12-under 132, three strokes ahead of Jordan Spieth (67) and Tommy Fleetwood (69).