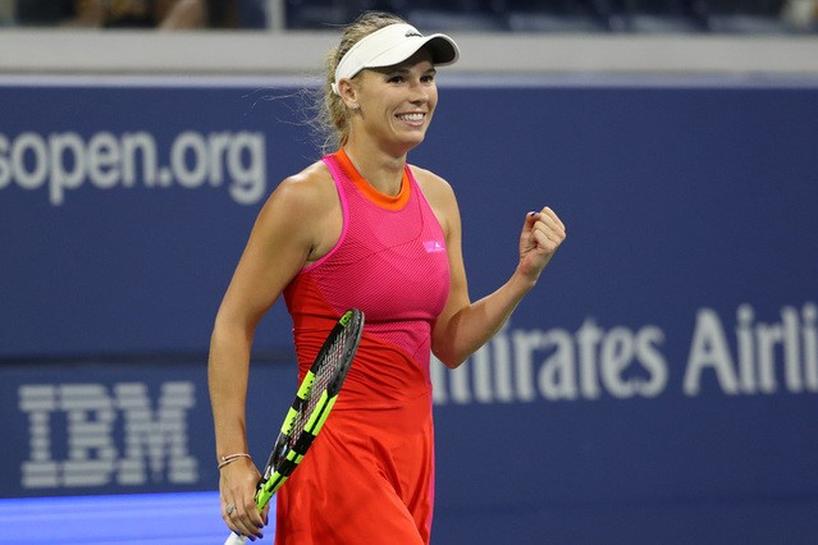 NEW YORK (Reuters) – Fifth seed Caroline Wozniacki capitalized on 41 unforced errors by Romanian Mihaela Buzarnescu to cruise to a 6-1 7-5 win in their first round meeting at the U.S. Open on Monday.

The 29-year-old Buzarnescu, who was playing in her first-grand slam match, was overwhelmed by the Dane’s powerful baseline game in the first set.

She came out with more energy in the second and the two exchanged service breaks to get to 4-4.

However, the Romanian became frustrated as she struggled with accuracy and the lefty sent a two-handed backhand long to hand Wozniacki a trip to the second round.

“The first round is always difficult, you just want to get into the tournament,” Wozniacki said in an on-court interview.

Wozniacki, who calls New York home, said being able to sleep in her own bed was an advantage for her at a tournament where she is a two-time finalist.

“It’s awesome because we stay in hotels every week,” she added. “My mom is here and she cooks so that’s nice. It makes it very comfortable.”

US imposes new Myanmar sanctions on 2 state-owned businesses
Bombing in hotel parking lot kills at least 4 in Pakistan
Top US envoy: Terror threat has ‘moved’ from Afghanistan
Commentary: Work of Singapore climate activists has only just begun
Commentary: Grappling with the sadness and outrage triggered by school mergers