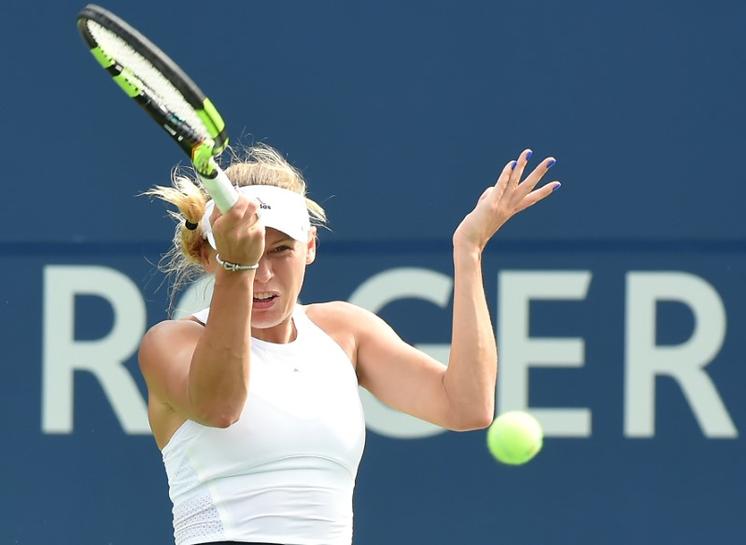 The delays, which all came during the first set, appeared to boost the sixth-seeded Dane, who was trailing 3-0 when the match was interrupted.

Wozniacki appeared relaxed during the breaks, which gave her time to consult with her father and longtime coach Piotr Wozniacki, before she won five straight games and ultimately took the first set.

“Almost every tournament I’ve played this year there has been a rain delay so at this point I just have to laugh because I feel like it is following me,” she said during a courtside interview after the three hour 26 minute match.

“Every time this year when it has been raining I’ve had a great tournament, so I thought this must be luck.”

The delays and Wozniacki’s solid all-around game appeared to throw off the big-serving Pliskova, who was playing in her first tournament since becoming the world number one.

The victory marks Wozniacki’s first career win against a world number one and gives the 27-year-old a 6-2 advantage in head-to-head matches with Pliskova.

Wozniacki will go on to face either American Sloane Stephens or Czech Lucie Safarova in the semi-finals.