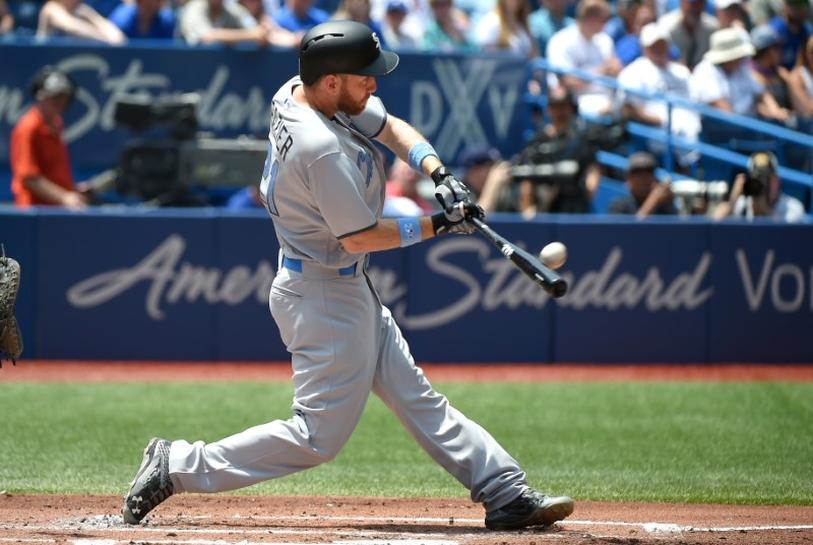 Frazier, a former Little League World Series standout from Toms River, N.J., is hitting only .206 this season but has 16 home runs and 44 RBIs. The 31-year-old veteran belted a career-high 40 homers last season and has 164 in his seven-year career. He is eligible to become a free agent after the season.

The Yankees will have a decision to make regarding third baseman Chase Headley (.257, four home runs, 37 RBIs), who could be moved to first base.

Said Headley: “Yeah. I mean, I certainly would want to get some more work (at first base). But I’m more than willing to do whatever it is that they feel is better for the team. Again, we haven’t discussed that either.

“I’m sure we will shortly, and we’ll see if that’s the case if I’ll be getting some more work over there. But yeah, I don’t think I’d have any problem going over there if that’s what they decide to do.”

Robertson, 32, pitched for the Yankees in his first seven seasons, specializing in the eighth inning. After Mariano Rivera retired in 2013, Robertson saved 39 games in 2014 before signing a four-year, $46 million contract with the White Sox.

Kahnle, 27, is 1-3 with seven holds and a 2.50 ERA in 37 relief appearances for Chicago this year. Kahnle, like Robertson, began his career in the Yankees organization.

“That could be really, really good,” Girardi said of having a deeper bullpen. “You’re talking about a lot of hard throwers. Guys with strikeouts. A guy needs a day off, really, anyone can move into a spot. There’s a lot of flexibility.”

Man charged in Malaysia with murder, sodomy of 9-month-old baby
‘No Right to Jury Trial,’ Hong Kong Prosecutors Tell Judicial Review
IN FOCUS: The challenges in uncovering abuse of foreign domestic workers
Another cleaner, aviation officer among 3 more workers at Changi Airport to test positive for COVID-19
PM Lee Hsien Loong and other ministers speak out against racism after alleged attack