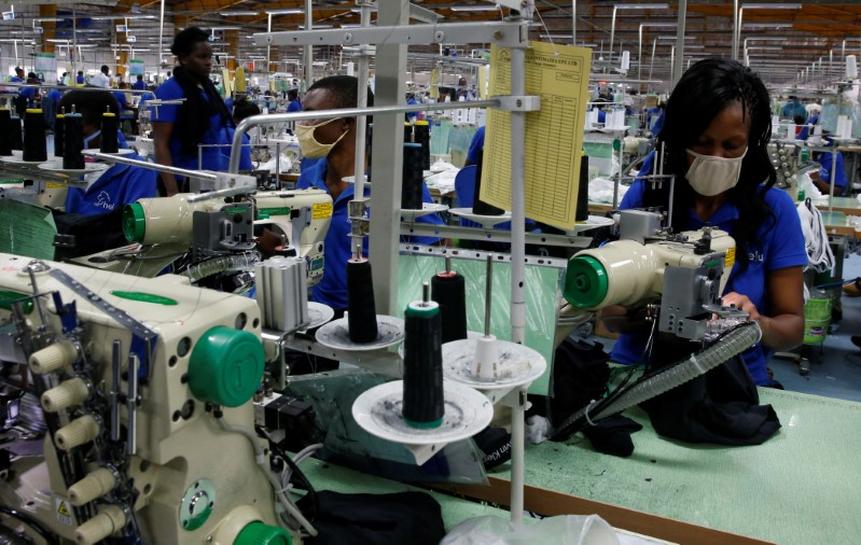 NAIROBI (Reuters) – At last count, unemployment in Kenya was running at around 11 percent of the workforce; for the young, those aged 15-24, it was twice that.

Kenya’s years of strong economic growth — a key factor in President Uhuru Kenyatta’s reelection campaign — has created jobs. But they are mostly low-paying, informal and coming at a rate economists say is too low to absorb the rapidly growing population.

That has not gone unnoticed by the voters and has left Kenyatta, seeking a second and final five-year term in office on Aug 8, trying to make the most of recent improvements.

It is also why his Jubilee party is pledging to create year-long paid internships to all graduates in the future.

Around 800,000 jobs were created last year, while the economy expanded by 5.8 percent, well outperforming the global and regional averages.

But 90 percent of the new jobs are in the poorly-paid informal sector, according to Jibran Qureishi, East Africa economist at Stanbic Bank.

“That is the challenge that policymakers need to address,” he said.

The number of new formal jobs is small. Terry Ryan, who has served on the central bank’s monetary policy committee, said just 15,000 of them were created in the economy annually.

By contrast, more than 560,000 students enrolled in university last year.

“We are not creating formal sector jobs at anything like the rate of the supply of formal sector potential employees,” Ryan told Reuters.

That means no jobs for people like 25-year-old Cecilia Awuor, who earned a degree in business information technology last year. She is working as a maid at $50 a month.

She is skeptical of politicians and doesn’t plan to vote next week even though she is a registered voter. “I can’t waste my time queueing to vote for a politician who just wants to enrich himself,” Awuor said.

Most Kenyans share her concerns, according to a national survey released by global polling company Ipsos last month.

Sixty-one percent of respondents said the country was going in the wrong direction; unemployment and inflation were some of their key worries.

Demand for work, meanwhile is rising.

Kenya’s 44 million-strong population is growing by 2.5 percent per year, and 9 million more jobseekers will join the market by 2025, the World Bank said in a report last year.

The government has built new roads and a railway and invested in energy generation to attract new manufacturers.

The efforts have yielded modest results. Kenya’s standing in the World Bank’s annual Ease of Doing Business rankings climbed 45 places since Kenyatta took over, up to position 92 last year.

“Setting up a factory, besides registration, was pretty straightforward,” he told Reuters in his office, overlooking a brightly lit factory floor where thousands of workers sewed garments on production lines while music blared in the background.

But there are not enough investors like Hela. The head of the state-run export processing zone, set up to entice foreign firms, said the 111 firms based there have expanded slowly, now employing 53,000 workers, up from 39,000 in 2012.

The next president, meanwhile, may inherit a slowing economy. Growth was at 4.7 percent in the first quarter of 2017, down from 5.9 percent the same time last year, mainly due to drought and sluggish private sector credit growth.

“Even the years of good headline growth have not made much of a difference to Kenyan job creation. In a cyclical downturn, we are unlikely to see improved performance,” said Razia Khan, head of Africa research at Standard Chartered in London.