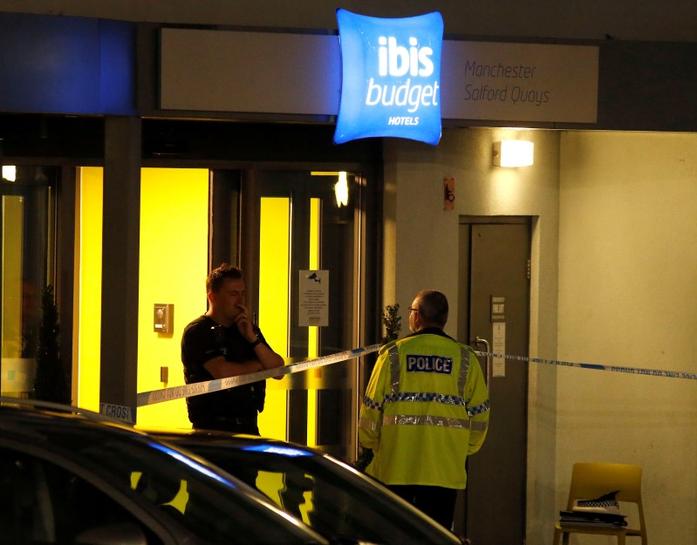 MANCHESTER, England (Reuters) – British armed police rushed to a hotel in the northern English city of Manchester on Thursday after a young boy was killed in a car accident in a car park.

Police said the boy died at the scene after a collision near the Ibis Budget Hotel in the Salford Quays area of the city.

“Officers from the Greater Manchester Police Serious Collision Unit and other emergency services are currently at the scene,” police said.

Armed police attended the incident because they were in the area at the time, they said.

A Reuters photographer at the scene said a police forensics team was inspecting a vehicle in the car park at the back of the hotel.

A manager of the hotel told Reuters that there was no security threat and the incident involved a crash outside.

Earlier, The Sun newspaper said armed officers and around 15 police cars had rushed to the hotel.