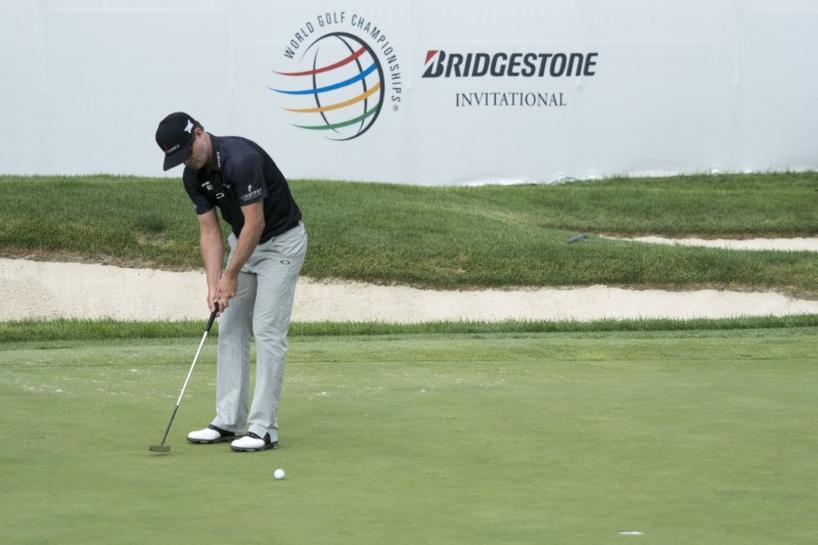 (Reuters) – Late birdies from Thomas Pieters and Zach Johnson gave the duo a share of the lead after the third round of the World Golf Championship-Bridgestone Invitational on Saturday.

Pieters, looking to become the first Belgian winner on the PGA Tour, birdied the 18th hole for a four-under-par 66 that moved him to nine-under-par 201 at Firestone Country Club in Akron, Ohio.

His late birdie moved him level with twice major winner Johnson, who moments earlier had also birdied the last for a five-under-par 65 that briefly gave him the outright lead.

The pair are one shot clear of Australian Scott Hend (63), with Japan’s Hideki Matsuyama (67) two shots back, and Rory McIlroy (68) tied with two others another shot further adrift.

Overnight leader Jimmy Walker fell back after mixing two double-bogeys with two bogeys and two birdies for a four-over 74 that left him six back in a share of 10th with Bubba Watson (66), Jason Day (70) and U.S. Open champion Brooks Koepka (67).

British Open champion Jordan Spieth (71) saw his chances fade after two bogeys over his final three holes left him seven shots back in a share of 16th.

Pieters started the round two shots back of Walker and got off to a sizzling start with four birdies in his first five holes but started to unravel down the stretch.

Hend’s 63, the lowest round of the day by two shots, was built on four birdies on each nine with his only blemish coming in the form of a three-putt bogey at the par-three seventh.

Reporting by Frank Pingue in Toronto; Editing by Peter Rutherford

Car engulfed in flames at Tampines junction
Japan to further ease COVID-19 entry curbs but not for tourists: Report
China reports 12 new COVID-19 cases, all imported infections
Former MOM employee admits repeatedly abusing maid, who climbed down 15 floors to escape
Commentary: You don’t have to age and grow frail alone. Nurses have your back