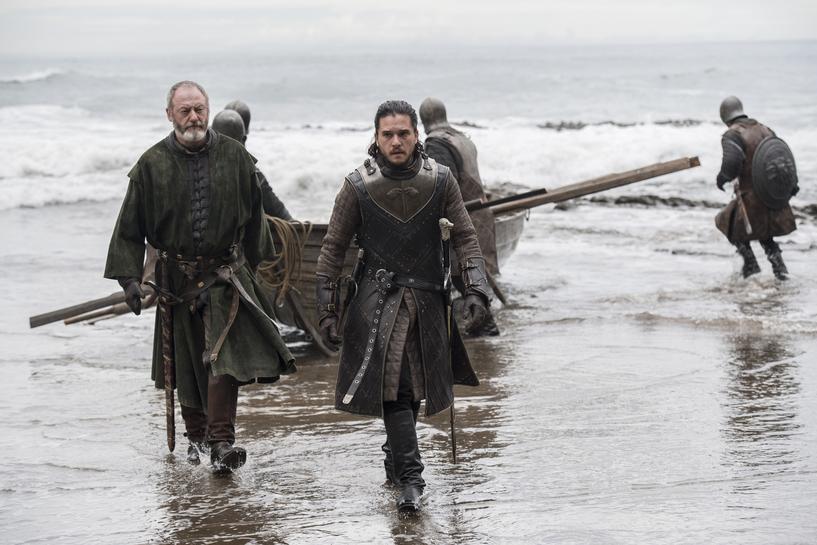 A total of 12.1 million viewers watched Sunday’s seventh season finale, titled “The Dragon and the Wolf,” up 36 percent from the 8.9 million viewers who watched the season six finale. Viewership from replays and streams on HBO’s on-demand apps boosted the overall Sunday ratings to 16.5 million viewers.

The seventh and penultimate season of Emmy-winning “Game of Thrones” drew an overall 30.8 million viewers, up nearly 8 million viewers from last season and cementing it as the most-watched show on Time Warner Inc’s premium cable network HBO.

The record ratings came after hackers stole data and content from HBO and leaked it online, including scripts and unaired episodes of “Game of Thrones.”

The seventh season saw the show’s lead characters head towards a great battle over the Iron Throne reigning over the Seven Kingdoms of Westeros, while a zombie army of White Walkers, led by the undead Night King, march south and threaten mankind’s destruction.

Characters Jon Snow and Daenerys Targaryen finally came together to join forces against the White Walkers, the remaining Stark children reunite at their home in Winterfell and enact a satisfying revenge against master manipulator Petyr Baelish.

The Lannister siblings also reunite in King’s Landing in a tense meeting that puts their family ties to the test.

Medieval fantasy “Game of Thrones,” based on George R.R. Martin’s “A Song of Ice and Fire” books, has won numerous Emmy awards including best drama series last year. It is not eligible for this year’s Emmy awards due to its summer premiere after production was pushed back to capture more winter landscapes for the storyline, but it will be back on the roster for next year’s Emmy awards.

Ahead of the show’s final eighth season next year, a series of spin-offs is being developed.